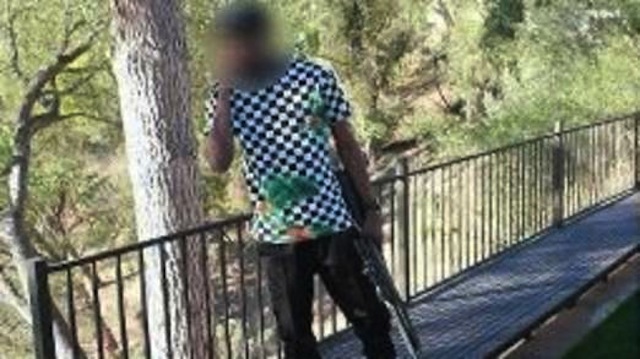 Some plonker on Twitter asked for 100 retweets to shoot someone from the window of the home he was tweeting from. He’s now been arrested and had his Twitter account suspended.

How thick/desperate for RTs are people these days? They’ll literally do anything for more followers and retweets. This moron — a 20 year old dude named Dakkari Dijonn McAnuff (pictured above) — posted a picture of himself aiming a rifle out of his window alongside a caption reading “100 RT’s and I’ll shoot someone walking”. 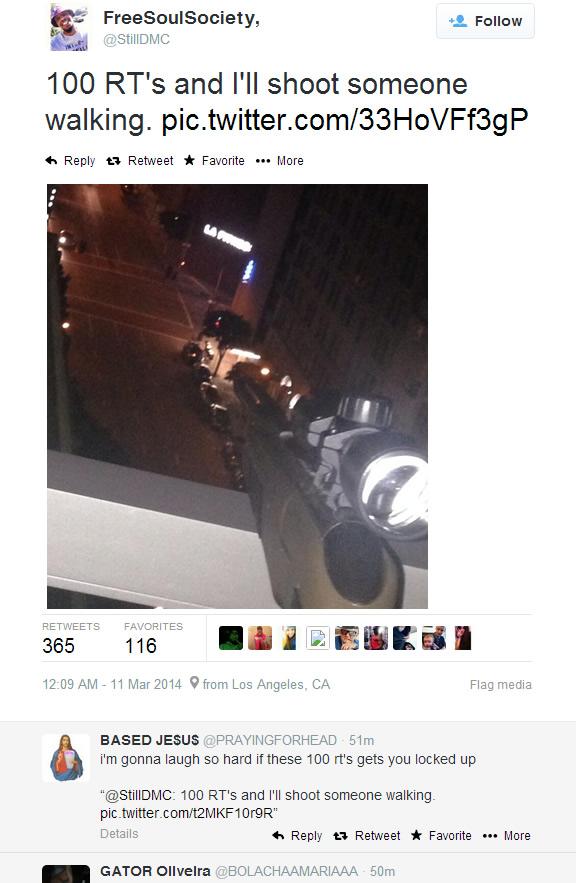 He was later arrested after police were alerted and his Twitter account was shut down. The gun turned out to be an airsort rifle but McAnuff still wound up in jail for making criminal threats and has had his bail set at $50,000. Ouch.

Maybe stick to making witty comments/acute observations/quoting philosophy next time you’re pining for RTs? 365 retweets and 116 favourites don’t mean shit if it gets you locked up and your account suspended. Gotta be better than this, @StillDMC.