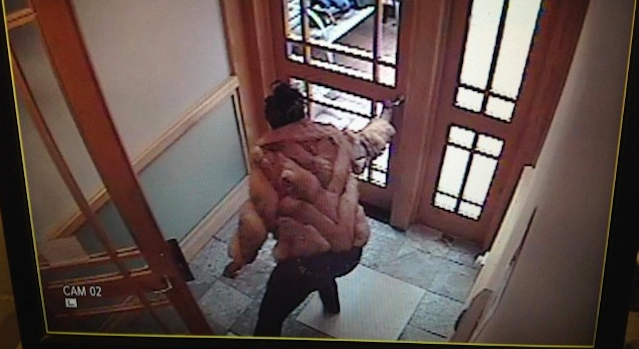 It’s weird enough to stand in the middle of the street for an hour twerking, but even weirder when it’s outside a house you’re about to rob.

Police in Brooklyn are on the lookout for a thief who twerked for a full hour outside of the property that she robbed whilst keeping watch for a male accomplice who was doing all the actual stealing. It seems bizarre that she would twerk whilst keeping watch as this would surely draw more attention to her than if she was just sitting there, but maybe twerking has become so ingrained in our culture now that it actually isn’t that noticeable when people do it? Unsure. Either way it’s still kind of weird that she just twerked on her own in front of a house for an hour, even if she was keeping watch for her accomplice.

The owner of the house is called Lindsey Riddle and she checked the security footage when she noticed that some packages had been stolen and discovered the twerking thief: ‘The interesting part was what happened before the break-in, in which the woman proceeded to straight up twerk outside of our building for an entire hour. Rest breaks were had, but she got right back up and dropped it like it was hot, often times on the lap of the man.Her endurance was rather impressive. A couple of my neighbours walked into the building and she’d stop momentarily and then start up hardcore as soon as their backs were to her. Beware Brooklyn, there’s a twerking thief on the loose’.

I don’t really understand this at all, but it’s happened and there’s a video and it’s equal parts terrifying and bizarre.