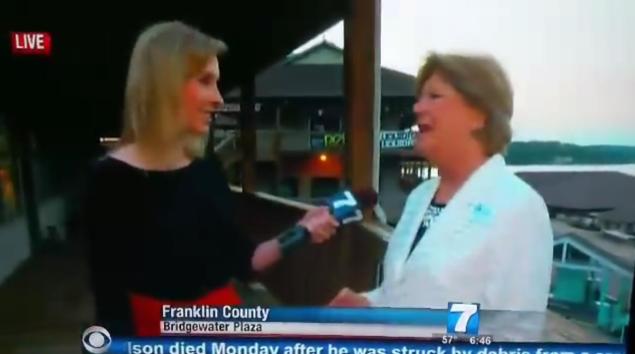 A TV news reporter and cameraman were killed early this morning in a shooting that was captured live on air.

Reporter Alison Parker was interviewing a woman at Bridgewater Plaza in Virginia about tourism in the area when a guy began shooting at them out of nowhere. You can watch the shocking footage below.

(WARNING — this is mega distressing):

Holy shit, that was awful. I really don’t know what else to say. Both Parker, 24, and cameraman Adam Ward, 27, were killed and the gunman is still at large. All I know is police need to catch the guy ASAP.

Our thoughts go out to the victims’ friends and families. RIP.