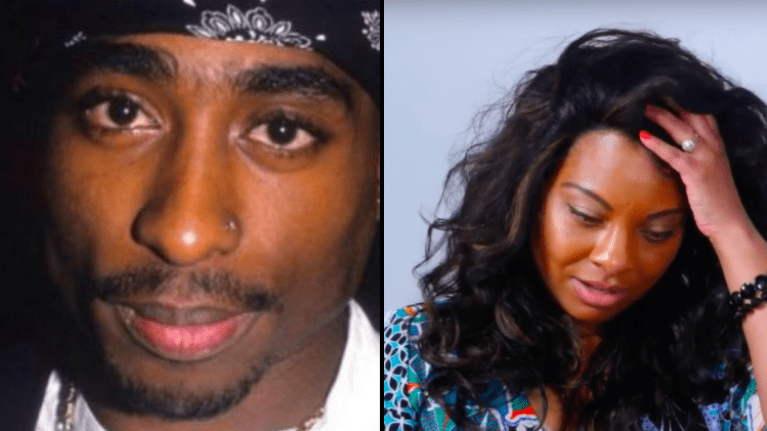 This is pretty graphic.

Whilst Tupac is remembered as one of the greatest rappers of all time, many of the people that worship him often fail to recall the fact that he actually served time in prison for rape after he was accused of gang banging a woman with a few of his homies in 1993.

Until last night this woman had always been anonymous, but she’s finally waived her right to that anonymity after she appeared on Vlad TV yesterday to recount her story. Ayanna Jackson recounts the story in explicit detail in the 15 minute segment that you can see below, although we’ve highlighted a couple of key quotes underneath that if you don’t have the time/are too uncomfortable to watch that:

She details the incident, revealing that she went to 2Pac’s hotel suite where Haitian Jack, Charles Fuller, and Trevor were also present. Jackson says after some drinks and conversation in the living room area of the hotel suite she accompanied 2Pac to an adjacent bedroom where he asked her to give him a massage.

From there Ayanna reveals that she straddled Pac and as she rubbed his shoulders, men from the living room entered the bedroom. The rapper then allegedly grabbed her by her hair extensions making her unable to move as the men commented on her physical appearance.

She then proceeded to try to release herself from the grip and asked what was going on. However, she remembers making direct eye contact with Pac as he whispered, “Relax, relax baby. These are my boys. I like you so much I decided to share you with them.”

She responded seemingly triggered by the memory, “I don’t want this. I came here for you this is not what I want.” The men ripped her black dress and pantyhose off, and she states that at some point during the ordeal, 2Pac left the room after first having sex with her.

At some point she escaped the room by mentally detaching herself as the remaining men – Haitian Jack and possibly Trevor – took turns having their way with her. She ends her recollection noting that she believes Charles Fuller is the only one who did not rape her that night.

Geez. If you watched the interview then you can tell that this is not a good memory for her and she’s definitely in some distress recounting it, but I suppose you can’t really expect anything else from someone who was gang raped.

It’s worth noting that Tupac always protested his innocence and admitted that the incident did happen, but that Ayanna was a willing, consensual participant. I suppose she’s decided to finally speak about it due to the recent conversations that women have been having over the same subject. Let’s hope this again pushes the movement forward.

For more of the same, check out a whole bunch of recent allegations. They never stop.