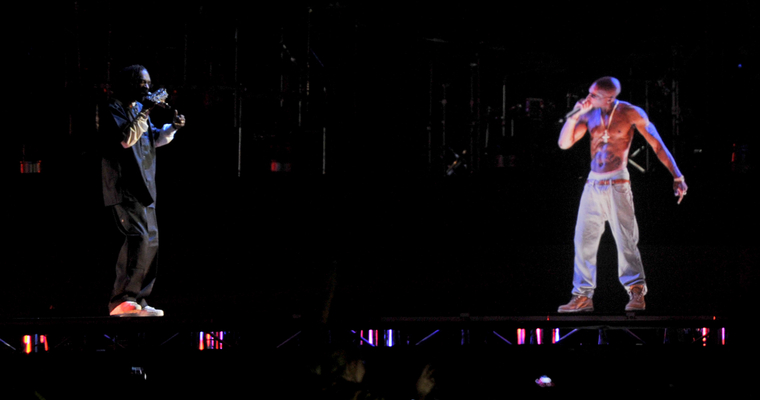 This year’s Coachella Festival has a pretty killer line-up, but there’s one set in particular that’s got everybody talking.

Snoop Dogg’s headline show saw him joined onstage by a three-dimensional holographic representation of deceased rapper Tupac Shakur. A walking, talking, shirtless Tupac performed solo before he and Snoop Dogg dropped a rendition of Gangsta Party. The hologram was incredibly life-like and is pretty terrifying really. The technology is really impressive.

This is surely some kind of massive scientific advance that could hold unlimited potential – just imagine being able to create interactive life-like avatars of your expired loved ones. It seems kind of odd that the first use of hologram technology that doesn’t look completely shitty is being used to bring Tupac back. Still, it’s massively impressive and the show looked pretty sick. I can imagine being there to witness it would be pretty cool. I mean, you wouldn’t have gone for At The Drive-In would you?