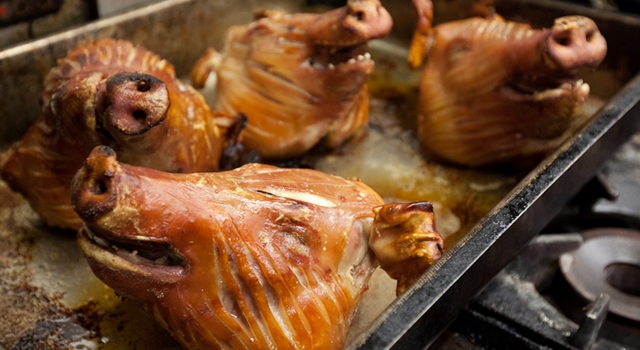 The nobility in Tudor times loved nothing more than packing their guts with strange and exotic meats and avoiding veg like the plague.

The time of the Tudors ran from 1485 to 1603, starting with Henry VII and ending with Elizabeth I, and it turns out there wasn’t much that the rich wouldn’t pound into their bellies. Throughout the Tudor years the poor people of England and Wales got bang into Shakespearean plays, whilst the rich indulged in hunting, bear-baiting, jousting and most importantly, scoffing their fat faces.

The only thing that the rich wouldn’t eat was vegetables, they were considered poor man’s food you see. It’s funny really, they avoided eating vegetables like the plague, but if they’d eaten more veg maybe they could have avoided the plague? Just sayin’.

Poor people, on the other hand, would eat whatever they could get their hands on, vegetables, birds, rabbits, mud. They weren’t fussy.

For the rich, it was meat, meat and more meat. Any kind of meat served in any kind of fashion would do just fine. They ate their meals with a spoon and a knife, forks weren’t used until the end of the 1500s.

Exploration during Tudor times meant that there was a whole new range of exotic herbs and spices to be used, but the focus remained wholeheartedly on meat, meat and more meat. They chowed down on swan, peacock, goose, boar, venison and even plovers, pipers, larks and herons. If you were an animal that lived in England you’d better watch out, you could hit the table any time of the day or night. 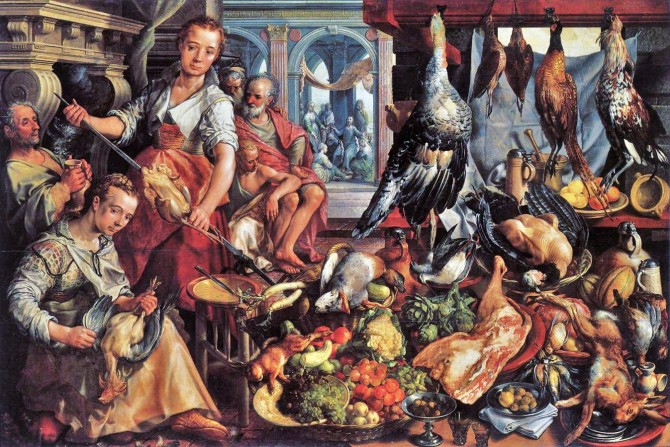 As for the drink, it was ale all round and wine as well if you had the cash. Even children drank ale, the water was considered impure, and it was. The alcohol killed off any of the bad bugs that might otherwise infest your guts, so it was actually a pretty good idea to just drink booze. I’m old-fashioned myself, and I try to drink as much booze as possible to this very day. When at sea for any length of time, water would go stale so ale was the only option. Back then, the beer was brewed a lot weaker, but still, it must have made a pretty weird/great atmosphere with literally everyone being tipsy most of the time.

â˜› Read Next: 7 Of The Most Dangerous Foods On Earth