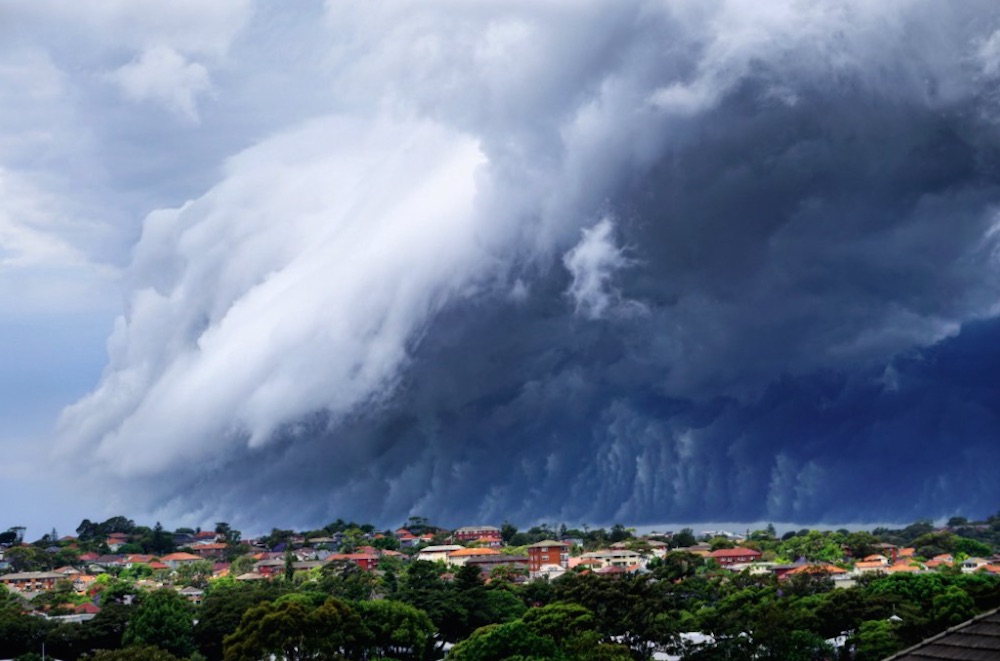 Most of us would probably wish that we were hanging out on Bondi Beach right now as it would be way sunnier and way more fun than rainy old England, but due to a freak weather condition we would all be completely and utterly wrong.

It’s called a shelf cloud but has been dubbed a tsunami cloud due to its violent nature, as it came along with large hailstones, strong winds and heavy rainfall. The shelf cloud is formed by moist air mixing with cooler winds and it’s basically the freakiest looking storm you’ve ever seen.

It also looks absolutely spectacular, as you can see in the video below.

Yeah, I don’t want to be caught in that no thanks – it looks like something you might see in a disaster movie like Deep Impact when an asteroid has hit the planet and causes humongous tidal waves. It looks fucking next level basically.

If you enjoyed this, then check out the photography of storm chaser Mike Hollingshead for some even freakier images of insane storms.