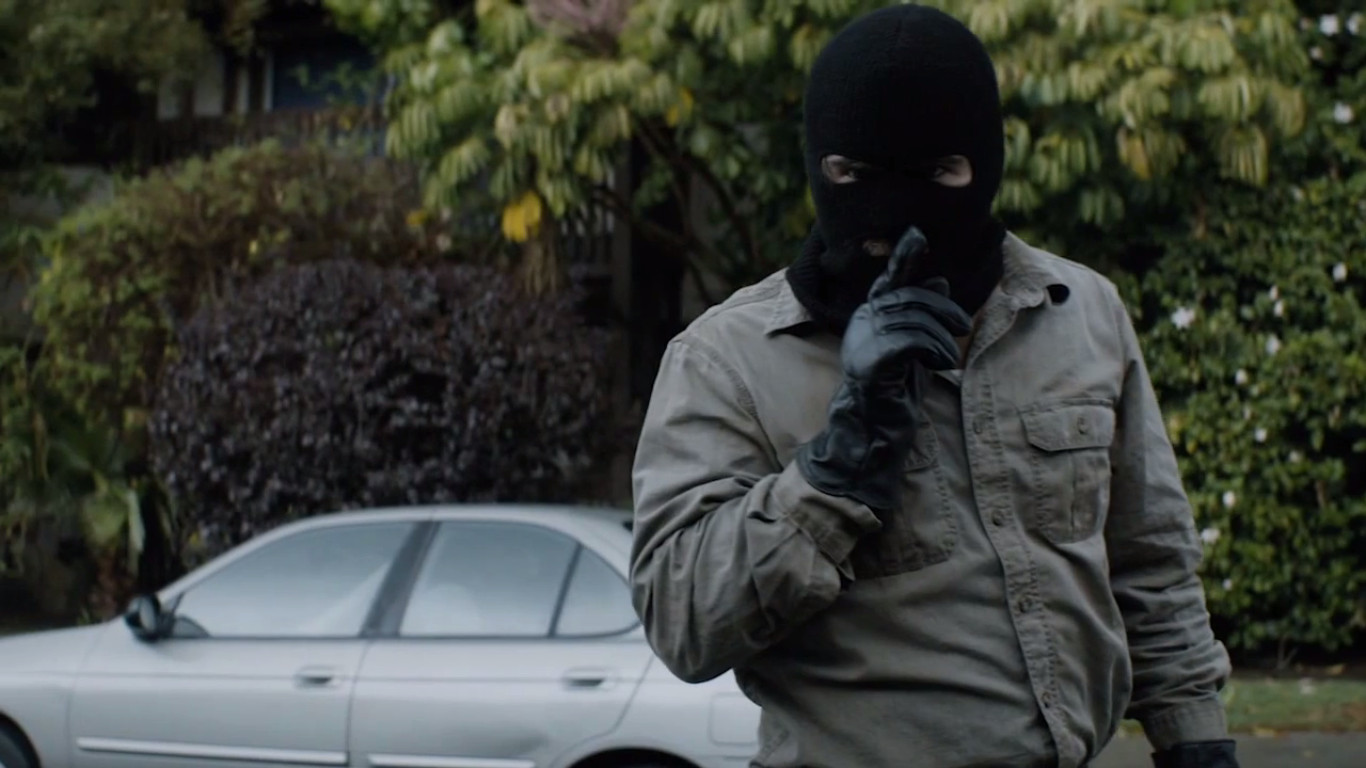 It might not be as good as the first series, but get a load of this.

Obviously this article is going to have a lot of spoilers in it so heads up right now if you haven’t seen much of True Detective Season 2 yet.

OK, so True Detective season 2 hasn’t been as widely praised as season one and rightly so because it isn’t as good, but if you take it for what it is then it’s probably better than most of the shows on TV at the moment and I kind of get the feeling that when it all comes together it’s actually going to end up with a pretty satisfying conclusion. Feel free to come back and diss me about that in three weeks if I end up being wrong.

Anyway, this conspiracy theory that was dreamed up by Dustin Rowles over at Uproxx actually makes a lot of sense and has remarkably picked up on a hell of a lot of little details that have been scattered around the show to back it up with. It centres around Detective Kevin Burris being the man who murdered Ben Caspere and there’s a hell of a lot of evidence for it too. In case you don’t know who Burris is, it’s this guy: 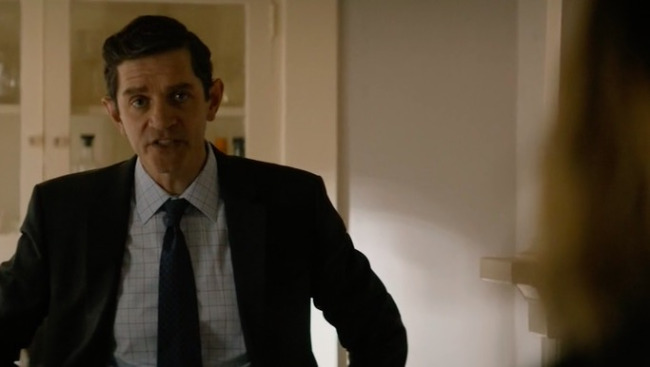 Yeah, I mean he’s obviously up to something but this theory will absolutely blow your mind. Especially his reasons for killing Caspere because they are not what you expect at all. I’ve copied and pasted it directly from Rowles because I doubt I can say it any better than he did:

It was Burris who brought the disappearance of Ben Caspere to Ray’s attention and assigned him to the missing person’s case. He wanted Ray to investigate Caspere, maybe not to find the true killer, but to uncover what Caspere was hiding, the missing disk drive. After the murder, it was Burris who insisted that Ray and the Vinci PD be involved in the investigation, despite the fact that it wasn’t technically in Vinci’s jurisdiction.

Later, when Ray asks if he’s supposed to actually solve the murder, Burris tells Ray that “dualities must be accepted to serve the public interest.” That may suggest Burris is accepting his own dualities by working within the Vinci PD in order to serve another interest, also known as Geldof.

Remember, too, that the Birdman shot Ray with riot shells, “like a cop would use.” However, he didn’t want to kill Ray. He just wanted to get that hidden disk drive.

Here’s where the fascinating Reddit theory comes into play: What if, when Ray was knocked unconscious after being shot with riot shells, he wasn’t actually speaking to his father in a dream, but he was speaking to the Birdman/Burris? 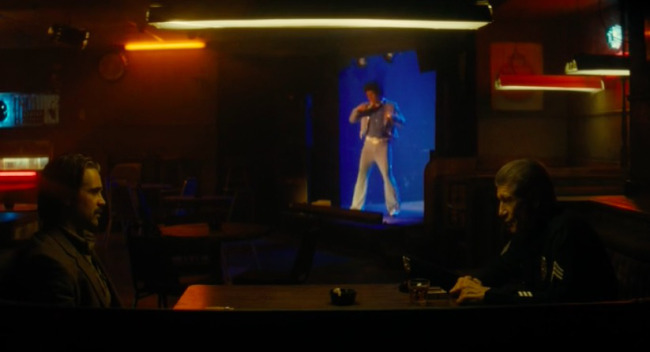 Ray’s dream was already being affected by outside stimuli… the Conway Twitty song. What if he was also hearing Burris speaking to him? Consider this: The first thing that Ray’s dream dad says is, “You’ve got your father’s hands,” so the Birdman has to be someone who knew Ray’s father. Ray’s father knew Burris. Ray’s dad spoke about Burris later in the episode, in fact, saying that Burris is “good man” who left his old job and joined the Vinci PD because “he’s f**king smart.” What if he’s also “f*cking smart” enough to work for Geldof in order to further his career?

Ray’s dream dad also warned Ray that people were trying to kill him. Maybe Burris is “a good man.” Maybe he was trying to protect Ray – after all, he could’ve killed him. But he wanted to keep him alive. He’s not after Ray. He’s just after the disk drive.

Then, Ray asks his dream dad, “Where is this?” and his dream dad responded, “I don’t know. You were here first.” So, if Ray was actually speaking to the killer, then he lead the Birdman to Caspere’s sex dungeon. He led the killer to the disk drive he was no doubt trying to torture Caspere to find in order to protect Geldof.

Note, too, that Burris was at the crime scene the next morning, even though – again – it wasn’t in his jurisdiction. But he wanted to stay ahead of it and make sure that he knew everything about the investigation. 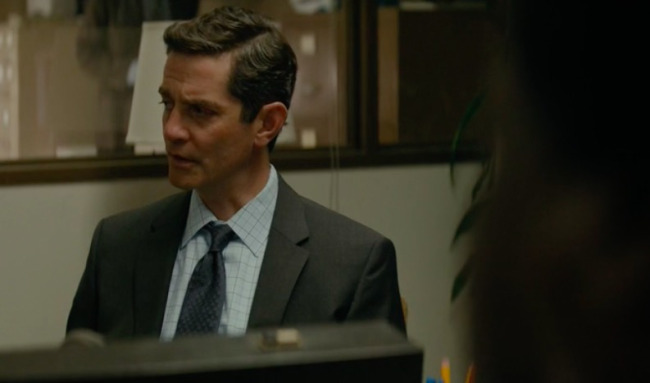 Later in that episode, in a room with the other authorities discussing the shooting, it’s Burris who asks Ray, “And you didn’t get a look at him?” as if ensuring that he/The Birdman wasn’t identified.

Moreover, recall again in the fourth episode, before Ray got involved in the shootout with Ledo Amarilla that Burris asked, “Do you feel all this manpower is warranted?” Maybe he was trying to protect the officers because, deep down, he thinks he is a good guy. Maybe at this point, however, Ray had gotten too close to blowing it open, so Burris set him up.

Finally, if Detective Dixon was working for Burris, it would make sense that Burris would show up to Ray’s house in the most recent episode, not to ask about Ray, but ask him about Dixon. He “had a lot of photographs, maybe he was was into some people,” Burris suggested of Dixon, trying to find out if Ray knew anything. To find out if Ray was a threat.

In sum: Burris is not just a good hunch based on who he is on the show. The evidence actually lines up to suggest that Detective Burris could actually be the killer, but that he’s probably working not for Chessani, but for Attorney General Geldof.

So what do you think? Yeah of course there’s some holes in it – like what the heck has any of this got to do with Frank and why did Stan end up dead – but the whole point about him not killing Ray makes a hell of a lot of sense. And to be honest, that does seem like a complete cop out at this point in time from watching it, so if that could get explained the whole season would probably get a bunch better immediately.

I guess we’ll have to wait and see but damn, this is a good theory. In the meantime check out these quotes from True Detective Season 1 in motivational posters to remind you just how enigmatic Rust Cohle was.