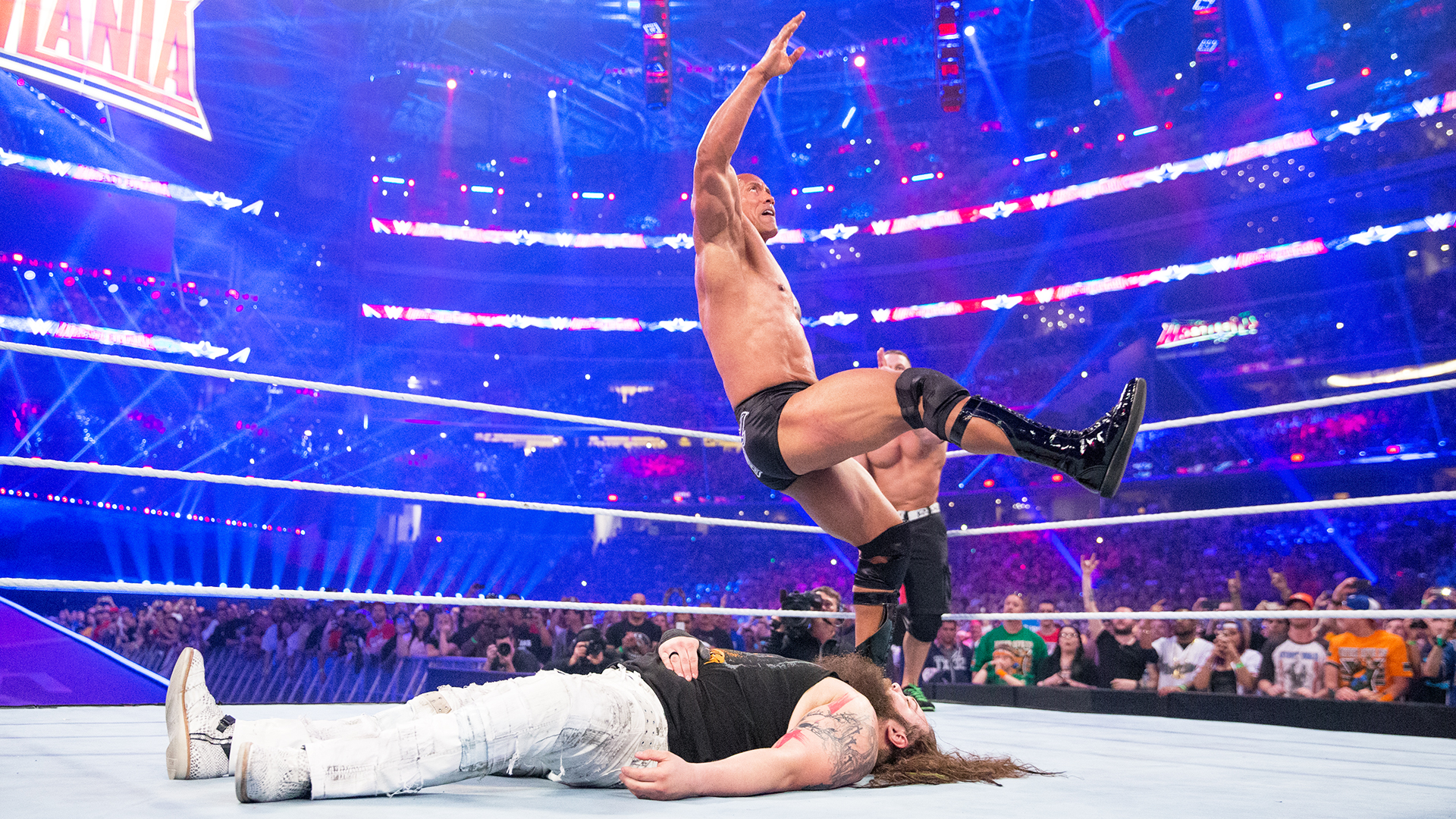 It was a joke.

The Rock is one of the most iconic wrestlers of all time and so is his finisher – the particularly stupid ‘People’s Elbow’ – that somehow developed into the most devastating move in sports entertainment.

It could have easily been so different though. In a recent Radio 1 interview with Greg James, Triple H – probably The Rock’s greatest rival in the wrestling world – revealed that the great People’s Elbow was actually started as a joke intended to make The Undertaker laugh break character during a match.

I can distinctly remember that, in a non-televised match, where we got to the point that, when you’re working in the smaller places and you’ve been on the road for 300 days and you’re in this place of ‘Let’s just make Taker break character tonight.

It was known as: ‘Watch this move that’s going to make all of you lose it in your corners.’

And then it got to the point where it would happen at a couple of events and there was a night where, I think we were all working a tag match on TV, and [Mick] Foley said: ‘I dare you to do that elbow tonight.’

These things morph in those ways that they just catch on and, trust me, we’re quick to go: ‘Oh they like that. I’m sticking with that.’

Wow. I honestly thought that The Rock probably spent hours and hours coming up with that, but turns out it was just a dumb joke that caught on and he ran with it. And look at it now. Just goes to show that dumb luck can be responsible for a hell of a lot of things in life eh?

For more on The Rock, check out his greatest insults here. If ya smell la la la.