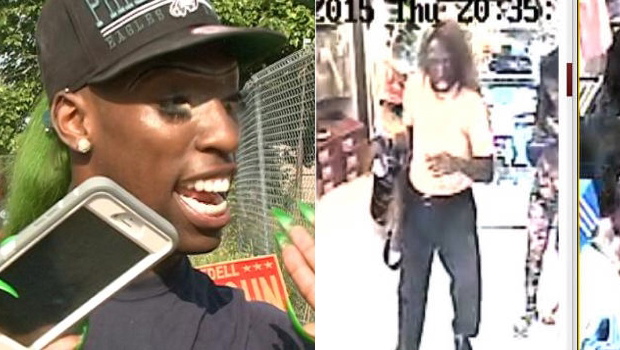 Quickest fall from superstardom ever.

Remember the transvestite car crash witness who completely stole the show during that ELECTRIC interview yesterday? She’s just been arrested for a contempt of court charge after failing to pay more than $1,600 worth of fines. These stemmed from two outstanding misdemeanour theft warrants she had after shoplifting from Walmart.

She’s scheduled for a court appearance in two weeks.

Just goes to show, one day you’re the biggest superstar on the Internet and people can’t get enough of you, the next you’re in handcuffs and getting dragged to jail. Peaks and valleys.

P.S. The news report refers to her as a ‘he’? Are we the ones in the wrong calling him a ‘she’? Can we get a definitive answer on this?