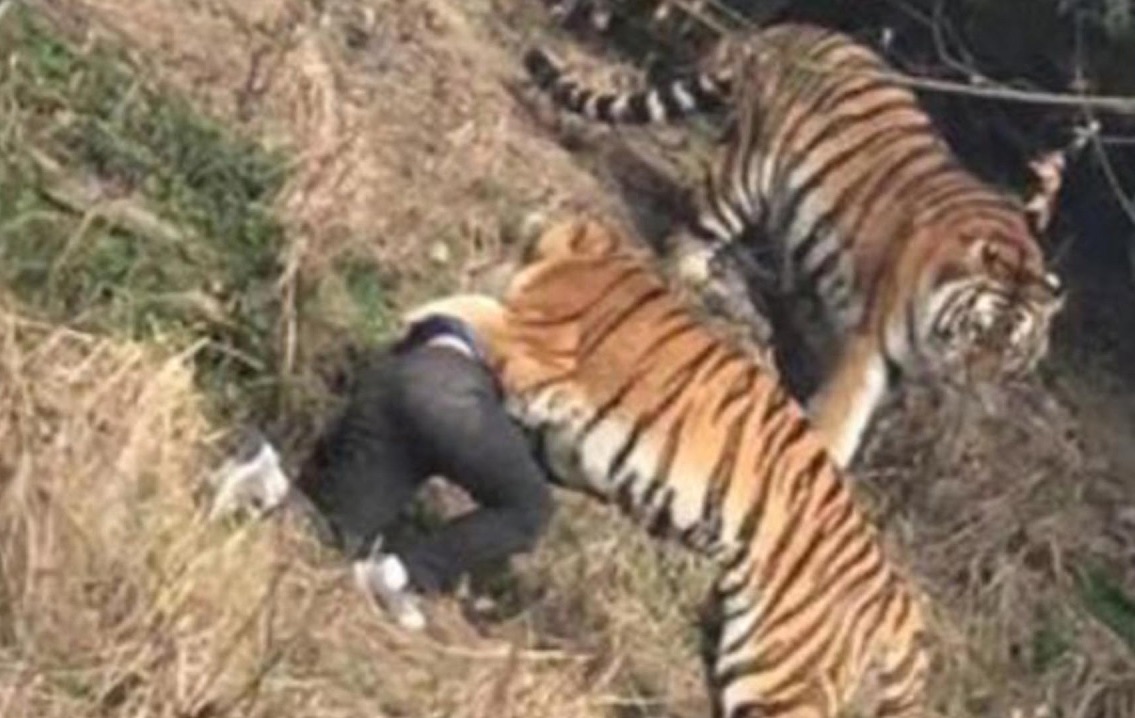 On almost every single occasion I can think of, it’s way better to get something for free rather than having to pay for it, but you’ve also gotta make sure that you’re still going to be safe when you’re enjoying your experience, otherwise you could end up six feet under like the guy in this story.

The man’s name has only been given as Zhang and he was in his 40s. He was visiting the Youngor Zoo in Ningbo City, in East China’s Zhejiang Province with his family and friends – including his wife and child – when he decided to climb over a three metre into the tiger enclosure to avoid paying a £15 ticket fee

Big mistake. The tigers were immediately upon him, mauling him and dragging him around the enclosure. He tried to get them off him by kicking them, but this only attracted more tigers, one of which bit down on his neck and refused to let go, even when the zoo officials tried to scare them off with firecrackers.

There’s a video of it below but it’s pretty graphic so maybe don’t watch it if you don’t fancy feeling completely awful today:

Jesus. I hate the way his body just looks like a rag doll in the hands of the tiger. Terrifying.

Unfortunately, the firecracker tactic didn’t work and Zhang was dragged into a forest. The zoo officials couldn’t retrieve his body for an hour, at which point he was pronounced dead. RIP Zhang – hopefully this will serve as a warning to other people not to try something so completely and utterly stupid. And just to save £15, completely and utterly ridiculous.

Apparently this actually happened last January, so not sure why it’s doing the rounds again now but we didn’t cover it then so we’re doing it now. Apologies.

For more of the same, check out this guy who got torn to shreds by a tiger showing his face for the first time. Ouch.