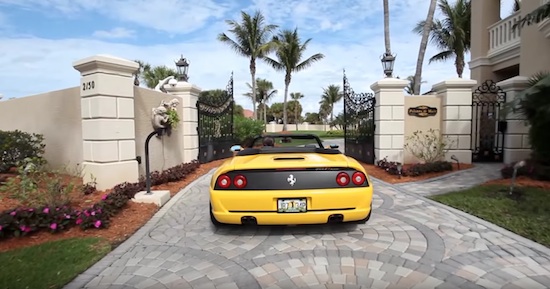 It even has an underground garage filled with 20 Lamborghinis.

The old saying goes that if you’ve got a shitload of money then you might as well flaunt it, and I don’t think that you’re going to see this displayed more clearly than in the opulent video below.

The video features a tour of a $50million mansion. It’s one of the Oceanfront homes in Vero Beach and to say that it’s absolutely spectacular would be an understatement. You know when a tour video is nine minutes long and it begins with a casual drive through an underground garage that has 20 Lamborghinis in it, that’s it going to be something special, and it doesn’t really disappoint:

Wow. That games room/bar is dope and the swimming pool isn’t to bad either. Imagine having so much money that you could live somewhere like that and not even worry about it. In fact, just make a viral video driving around your house to make even more money. No worries whatsoever.

For more of the same, check out the most expensive house in America that just went on sale. That’s just stupid.