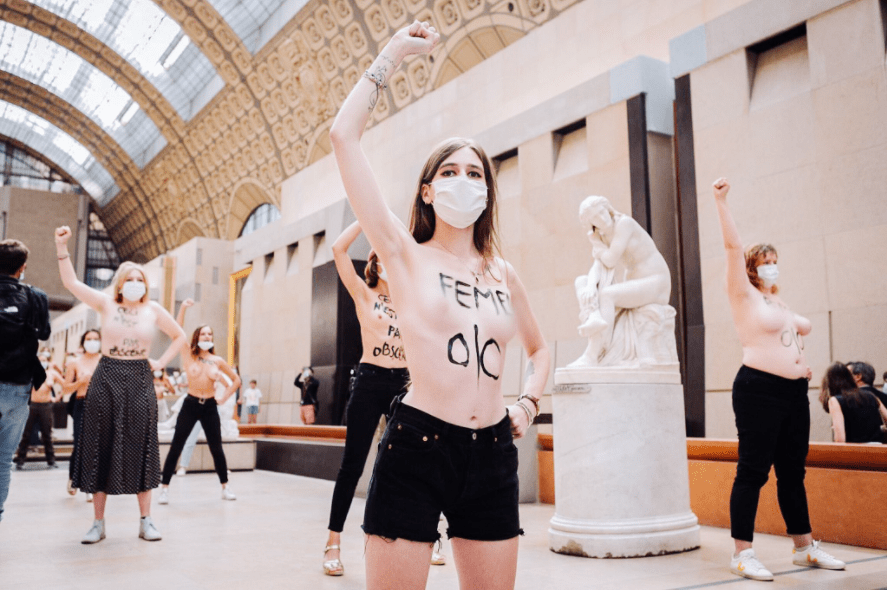 A couple weeks back, the Musée d’Orsay in Paris sparked a backlash when a young French lady was asked to cover up her cleavage or leave the gallery.

This is the lady in question – a 22-year-old student by the name of Jeanne: 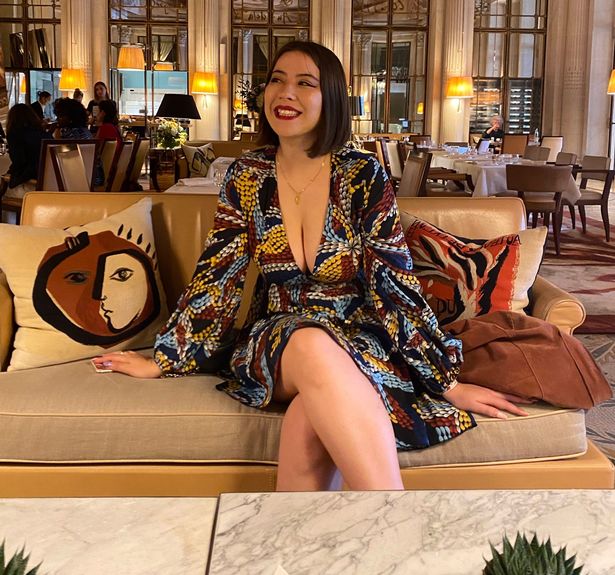 Well some of the women from FEMEN – who have become Sick Chirpse legends over the years – were so outraged by the whole thing that they decided to take matters into their own hands and storm the museum as a collective topless group.

Love how they remembered to wear masks too: 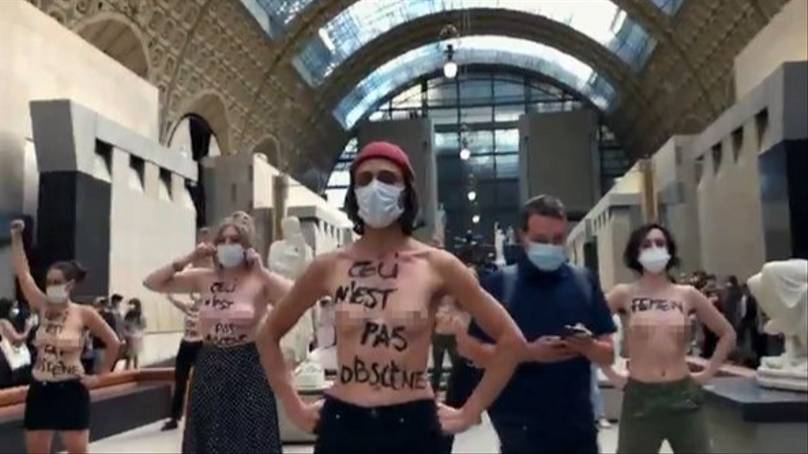 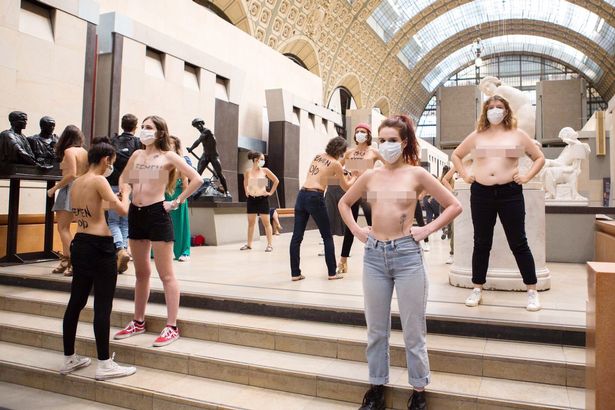 You can watch the full NSFW video here where they all stand around topless chanting “boobs are not obscene” and painting slogans on each other’s boobs.

Obviously it’s ridiculous that a woman should be asked to cover up her cleavage when going anywhere in 2020, but it’s even dumber when you think about how many naked statues and paintings there are in museums around the world. Think about all these artists and sculptors painstakingly creating breasts on canvas/in stone, only for the real thing to turn up at a museum and be turned away? Come on now.

It’s not like she was in any way naked either, she was just wearing a low cut top that showed the top part where two bewbs come together. Since when were the French so uptight about that sort of thing? Not her fault you can’t control your pervy thoughts when an amazing rack walks into the Musée d’Orsay.

Big up the girls from FEMEN for doing their thing as usual. I don’t know how effective these topless protests really are in the grand scheme of things but they sure are cool to see.

My favourite FEMEN moment though? The time they made a policeman trip over himself and smash into the wall. Beautiful!

For the time FEMEN protested the Pope by shoving crucifixes up their butts, click HERE. Creative.