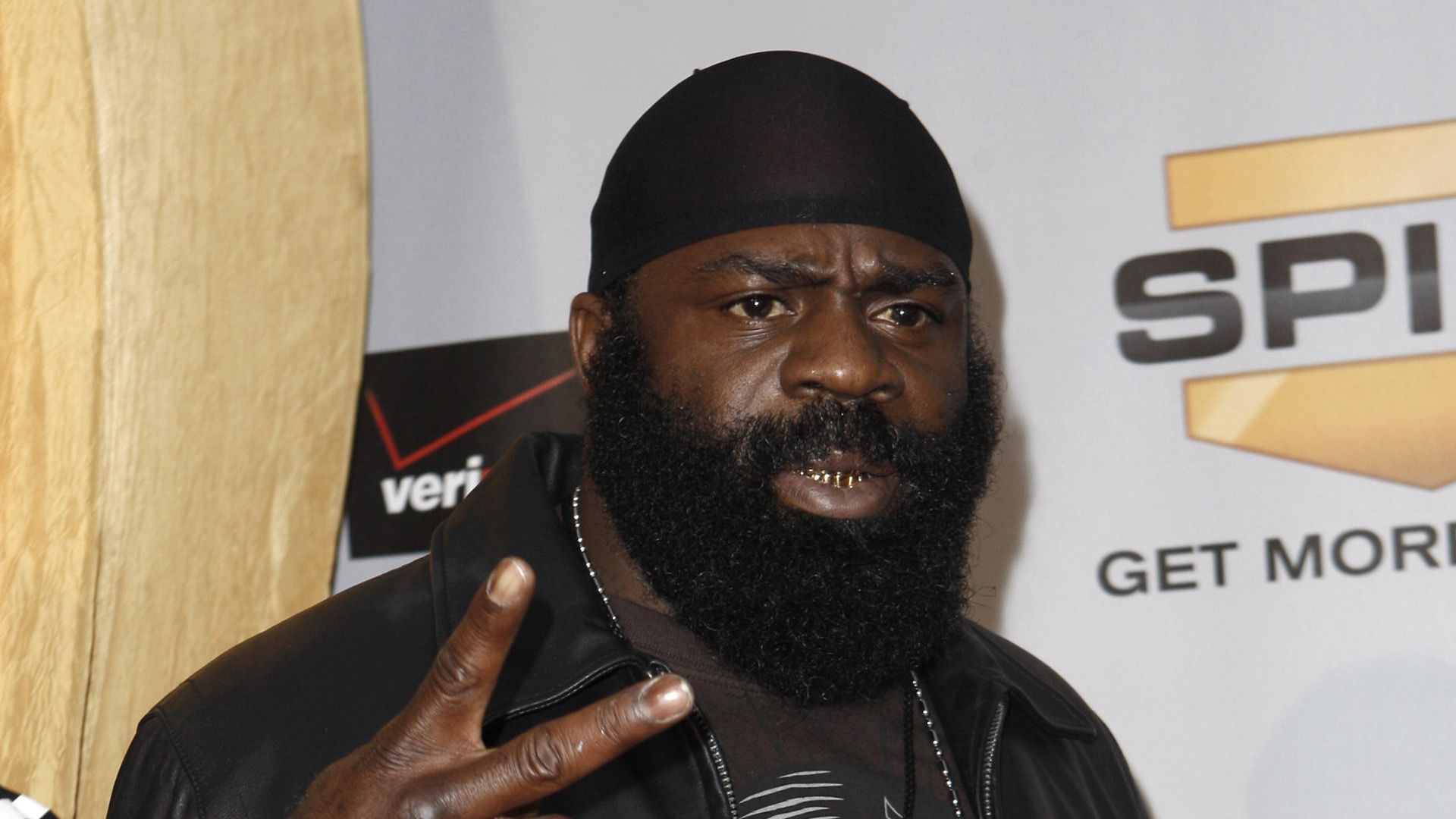 The man as he would want to be remembered.

We were all saddened this morning to wake up and hear that street fighter turned MMA superstar and overall hard-as-fucking-nails bredrin Kimbo Slice had sadly passed away at the age of 42.

Kimbo was last seen in the ring beating the absolute shit out of Ken Shamrock in controversial circumstances, but we’ll all remember him for his grainy street fighting videos that were uploaded onto the internet years ago. Here are the top 6 – I’m just gonna use the names they have on YouTube because usually they’re funnier than anything I could come up with because they’re so basic.

No idea who Big Bird is but he’s described as a high school bully and also looks kind of like he might be a Nazi or something. He also has one of the weirdest fighting techniques ever where he just kind of runs at Kimbo and punches him as fast as he can.

Not gonna work as he’s down on the floor within about 30 seconds with a face that kind of looks like a steam roller has just ran over it.

Kimbo actually ends up losing this one – in what some people say is his only loss in street fighting – against some guy called Sean Gannon who was a semi boxer. Anyway, even though he loses it it’s worth including because it goes on for over ten minutes and features some of the most unrelenting pounding on each other that I’ve ever experienced from two guys.

Kimbo just doesn’t know when to give up and Ganon doesn’t look like he’s won by the end of it because his face is a blood lumpy mess. Great fight.

Back to normal service here, with Kimbo taking on some guy called dreads in his favoured environment of a car park and taking him out in less than a minute. He nails him with one of the sweetest uppercuts I’ve ever seen, putting him on his ass and causing him to bleed out of his left eyeball. Power.

This isn’t exactly a street fight but it shows you just how tough Kimbo was and it’s funny as fuck. Him and his mates basically go up to some dudes hanging around on the street corner and say they’ll give them $100 if they let Kimbo punch them in the stomach. They agree and he proceeds to absolutely decimate them both so they can barely talk or stand up for the rest of the video. Standard.

This is the one. Kimbo Slice is just hanging out in the backyard fighting some other dude and damn near punches him so much that his eyeball almost falls out. True brutality right there and a great example of why the guy was such a legend in the street fighting scene. Never stops with the trash talking either.

No worries for Kimbo here as he takes on two dudes one after the other. First up is Afropuff who kind of lives up to his name and gives up almost immediately. Big Mac is a bit more of a competitor but only in that he doesn’t give up straight away – he has so little offence that he just looks like a rabbit in the headlights who can Kimbo can knock out whenever he wants. Easy. Props to Big Mac for keeping getting up though.

Well there you have it – six of the reasons why Kimbo was such a tough fighter and a YouTube legend. If you want another one, check out when he made some guy’s ear explode in a UFC match. R.I.P.