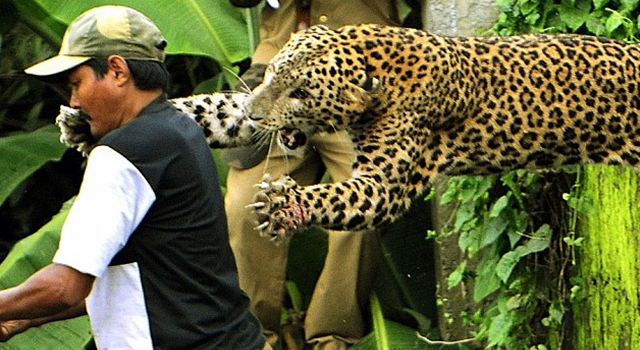 Most animals give people a wide birth, but every so often one goes nuts for human flesh. That’s when the carnage starts. Here’s the 5 best man killers ever.

As a general rule wild animals give humans a wide berth, we’re more trouble than we’re worth. A shark might bite you because you look like a seal, then recoil away when he realises you taste disgusting. A bear might smash you to bits for getting near its cubs or chilling in his territory but it won’t search you out. One notable exception is the polar bear, they will go for anything. When you live in a lifeless tundra and you’re the size of VW Beetle you’ll take any snack you find.

Polar bears aside, humans aren’t on the menu for most predators. However, every so often you get a wild beast that actively stalks people meat. Here’s the top 5 most successful man-eating killers of all time… 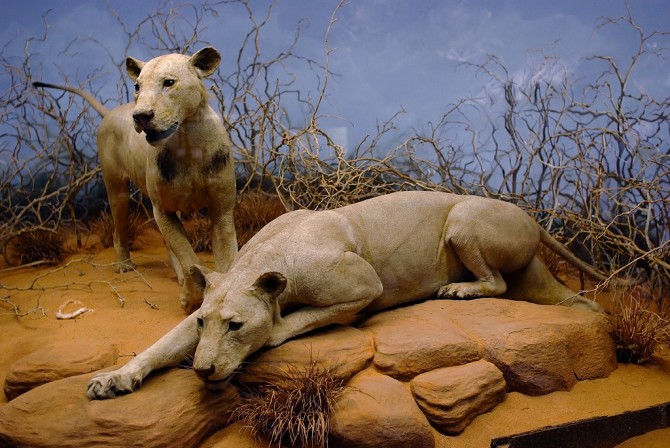 The Tsavo Man-Eaters were a pair of lions that picked off and ate 135 men who were working on the Kenya-Uganda railway (that’s the actual Tsavo lions stuffed above). In 1898 a railway bridge over the Tsavo River in Kenya was being built. Led by Lt. Col. John Henry Patterson the work was due to take 9 months.

During the night two maneless male lions would infiltrate their camp after dark and drag men into the night to be devoured. The workers lit fires around the camp and built a thorn fence, but nothing protected them from the ravenous assassins.

Patterson himself set traps and lay in wait in an effort to ambush the lions but to no avail.

After months of effort Patterson managed to shoot one of the lions and 20 days later the second was bagged. According to Patterson the second lion took 9 bullet wounds to kill. The first lion was the largest and measured 9 foot 8 inches from the tip of his toe to the tip of his tail. Patterson took the skins home and used them as rugs in his home. Here are the two lions post-death:

So why did the lions decide to put humans on their SmÃ¶rgÃ¥sbord? There are a few theories:

a) An outbreak of cattle plague in 1898 which could have reduced their regular prey’s numbers.

b) Slave caravans bound for Zanzibar often crossed the river there and dumped human corpses. So they could have got used to the taste from scavenging.

c) Cremation of Hindu railway workers near the site and body parts left over.

But these guys were pussycats compared to the beasts to come…