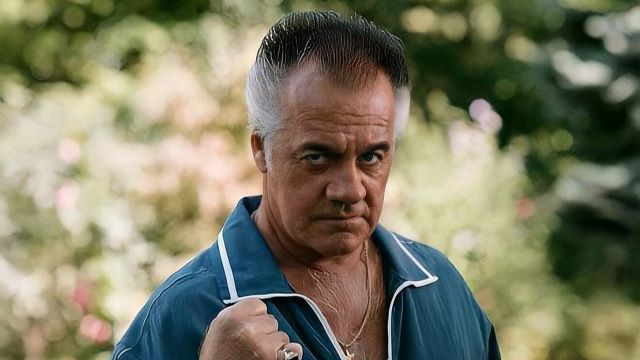 It’s pretty well known that Sirico knew the ins and outs of the criminal lifestyle IRL, having been arrested 28 times and doing a couple stints in prison before making it as an actor. No doubt Sopranos creator David Chase had this in mind when revealing that Sirico was the only actor to ever convince him to have dialogue removed from a script.

“I will say, Tony was part of one of the greatest casts of all time. It was certainly the greatest cast I’ve ever worked with, and I’ve worked with some incredible casts. But he was the only one who ever asked me to have a line changed. And I did it.”

According to Chase, Sirico asked not to have Paulie be referred to as a “bully” in one scene:

“Another character was talking about Paulie, and they said he was a bully. Tony didn’t like that. He asked me to take the word ‘bully’ out of there. And I did.”

Interesting given Paulie was undoubtedly a bully with a short fuse who violated so many people during the course of the show, but somehow still managed to be one of the most lovable characters on The Sopranos. Goes to show what a charismatic actor Sirico was that people were actually rooting for the psychopath who strangled an old lady to death (among many other terrible deeds he committed). He was a big portion of the show’s comedy relief while also being one of its most menacing and intimidating characters. Seems that was still somewhat the case in real life too.

To hear Lorraine Braccco explain why she was upset with Dr. Melfi’s final scene in the Sopranos, click HERE.