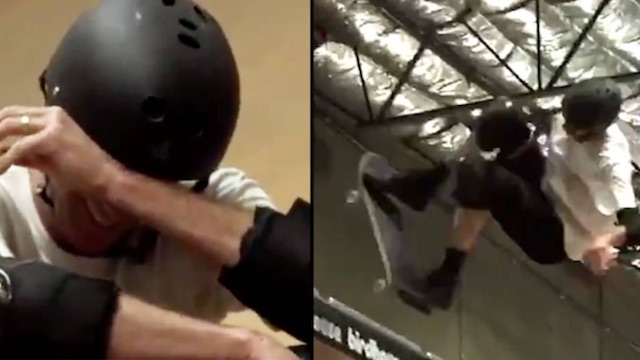 There are some people that become so huge that they transcend the sport that made them famous and Tony Hawk is undoubtedly one of these people for how synonymous he is with skateboarding and bringing it to the mainstream.

Hawk is getting on a bit now though at the age of 52 and has decided that he needs to reign it in a bit as he can’t keep smashing his knees every time he doesn’t manage to land a trick. With that in mind, yesterday he decide he was going to land one last 540 ollie before retiring the move from his repertoire forever.

Unfortunately, it didn’t go quite according to plan as he bailed multiple times before finally managing to stick it and promptly breaking down in tears. You can watch the emotional video below:

Did my last ever ollie 540 today. You can compare it with my first one 32 years ago. This one meant a lot to me https://t.co/tExDDRFzb4 pic.twitter.com/Ggql2uADtg

Damn. I suppose you can’t really blame the guy for breaking down when he’s been doing that stuff for the past 32 years and now his body is telling him he can’t do it anymore. Sad day for everyone really. Thanks for the memories Tony.

For more of the same, check out Tony Hawk skating the warehouse from the ‘Tony’s Hawk’s’ video game. That was an awesome video.