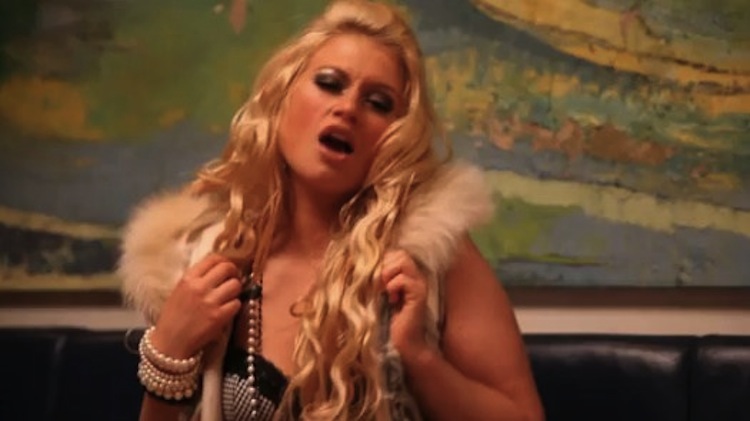 Tonje Langeteig – I Don’t Wanna Be A Crappy Housewife. So the internet went crazy a couple of months ago when that dumb 13 year old girl Rebecca Black released that stupid ‘gotta get down on Friday’ song which will probably be fondly (?) remembered in the same way that stupid Aqua band is now. Sick Chirpse didn’t actually cover it, but you know, I heard it. Who didn’t? But it really wasn’t THAT bad, especially when compared to the woman (girl?) who is being described as Norway’s answer to Rebecca Black, Tonje Langeteig. The song is called ‘I Don’t Wanna Be A Crappy Housewife.’ Are you starting to see how it might actually be worse than Rebecca Black? 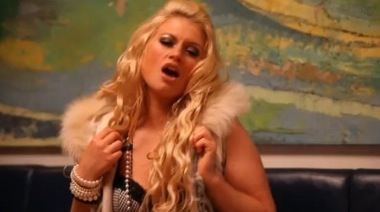 Scrap that though, the video is not as bad as the song, I was exaggerating. Even with the auto tune on it still sounds terrible, and not even in a Rebecca Black/Romance on a Rocketship kind of terrible, just in a way that’s really really awful and untuneful and stupid. To make it even worse, it has a creepy introduction where Tonje Langeteig says ‘Hi, my name is Tonje, I’m a little pretty girl trapped inside a grown up’s body,’ which could possibly be the creepiest line ever said in a pop song? Can you think of anything creepier? And to make it even worse (or perhaps better, depending on how you’re looking at it) you have those two wacky looking European guys jump in and do a terrible broken English kind of rap with lines like : ‘you don’t want to be a crappy housewife no/that’s why right now to the disco you go.’ Fortunately after that it ends. I fear that it will stay with me for a long time though. Check out the video below if you love stupid music:

If you made it to end of the video you would see that the people responsible for Tonje Langeteig and ‘I Don’t Wanna Be A Crappy Housewife’ are Stalker Management. Judging by the amount of time they display their company name  at the end of the video it would seem like they’re pretty proud of the achievement too. So I googled Stalker Management to see if I could find out anything about these people and why they would subject the world to Tonje Langeteig, but I just got a bunch of websites about how to manage being stalked in Glasgow. Go figure.

I did manage to find a live version of ‘I Don’t Wanna Be A Crappy Housewife‘ though which is perhaps even more awful than the video. Tonje Langeteig only sings the verses and the chorus is blasted out of a backing track, only sometimes she forgets to mime and sings over it instead and it sounds REALLY bad. The best thing about it though is that the two wacky dudes in suits are jumping around at the side of her throughout the song. The one guy at least raps but the other one just jumps around and looks like a twat. It rules. Also I don’t think anyone is actually enjoying the live performance or even really watching it as you can see silhouettes of people walking around in front of the stage the whole time, and the applause at the end sounds completely fake, like the kind of stuff you would hear on a bad American sitcom. Check out that live show below this. What does the future hold for Tonje Langeteig? I’m unsure but I wouldn’t bet against her becoming a crappy housewife. Actually scrap that I don’t think anyone would be dumb enough to marry her – except maybe one of her backing rappers.