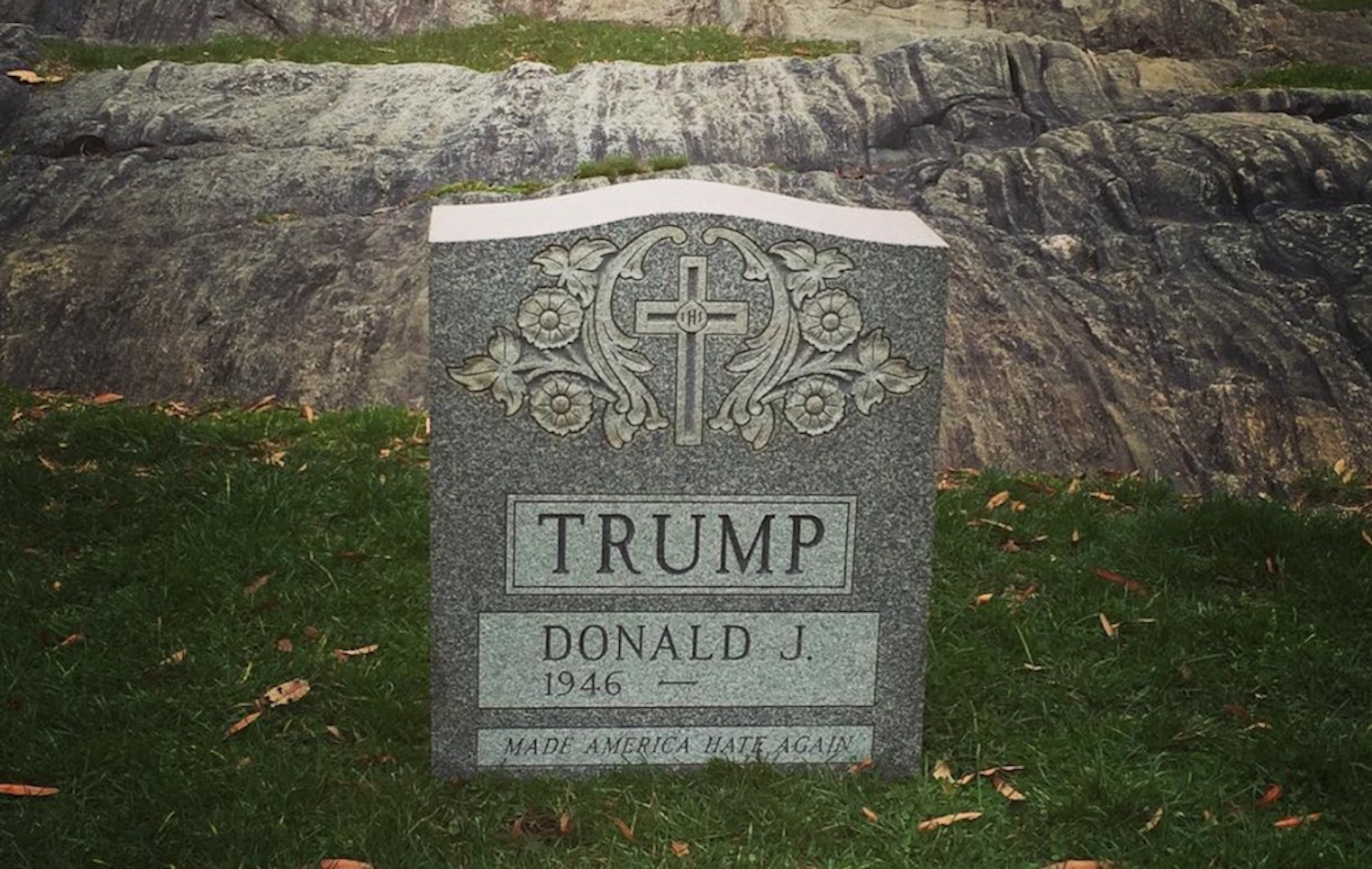 Donald Trump and his quest to win the Republican nomination and run for President has been big news for the last six months, and it shockingly looks as though it might actually get that far.

That’s shocking for most people overseas watching in on America, but it also hasn’t been the best time for a lot of Americans as the racist rednecks seem to have let their country down again after managing to elect George W. Bush for two straight terms earlier this millennium. And some anonymous person somewhere has had enough of it, as they decided to place a Donald Trump tombstone in Central Park.

As you can see, it has no expiry date but even so, that’s a pretty big statement, especially with the epitaph ‘Made America Hate Again’. Here are a couple of shots of it that people have shared on social media:

Creepy. But yeah, nobody really seems to know what it means and nobody is claiming responsibility for it either. It’s probably just some hipster artist from Williamsburg who installed it in the middle of the night so they can tell everyone it was them at cool roof parties over the weekend I imagine.

Needless to say it was removed by park authorities by yesterday evening and it hasn’t affected Donald Trump in the slightest. Hopefully it got through to some of his supporters, but I doubt it really had that much impact at all.

If you’re American and need any more convincing why you should not vote for Trump then check out this short video we made on the subject: