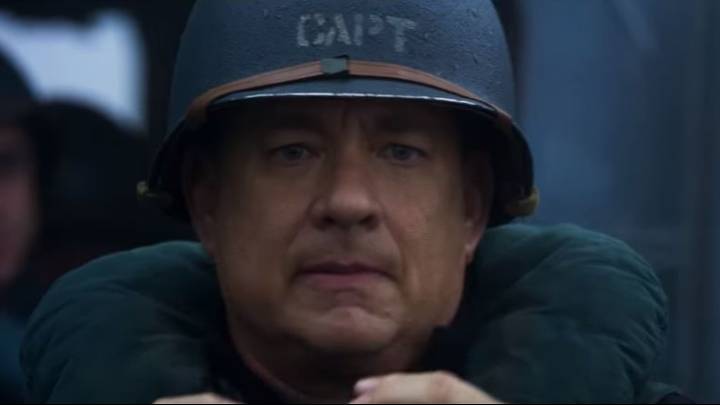 Tom Hanks is back saving the world.

It’s hard to believe that it’s been 22 years since arguably the greatest war movie of all time ‘Saving Private Ryan’ was released (I know), but it’s perhaps harder to believe that Tom Hanks has never been in another war movie since then.

All that is about to change though with the release of ‘Greyhound’ on June 12th. Hanks plays Lieutenant Commander Ernest Krause who is entrusted with the task of leading 37 Allied ships through the treacherous North Atlantic whilst being pursued by a whole contingent of German U Boats during World War II.

Krause is the commander of a US destroyer named Greyhound, which is where the movie gets its title from. The movie also stars Stephen Graham, Elisabeth Shue, Lee Norris, Manuel Garcia-Rulfo and Karl Glusman and was actually written by Hanks as well. You can check out the first trailer below:

Well that looks like it’s gonna be suitably epic doesn’t it? Can’t really remember the last time I saw a good submarine/warship movie – maybe like ‘U571′ or something? but that was donkey’s years ago – so hopefully this one can revitalise the genre or something. Nothing like a good war movie.

For more of the same, check out Tom Hanks’ stupid son and his Jamaican accent. What the hell is that about?