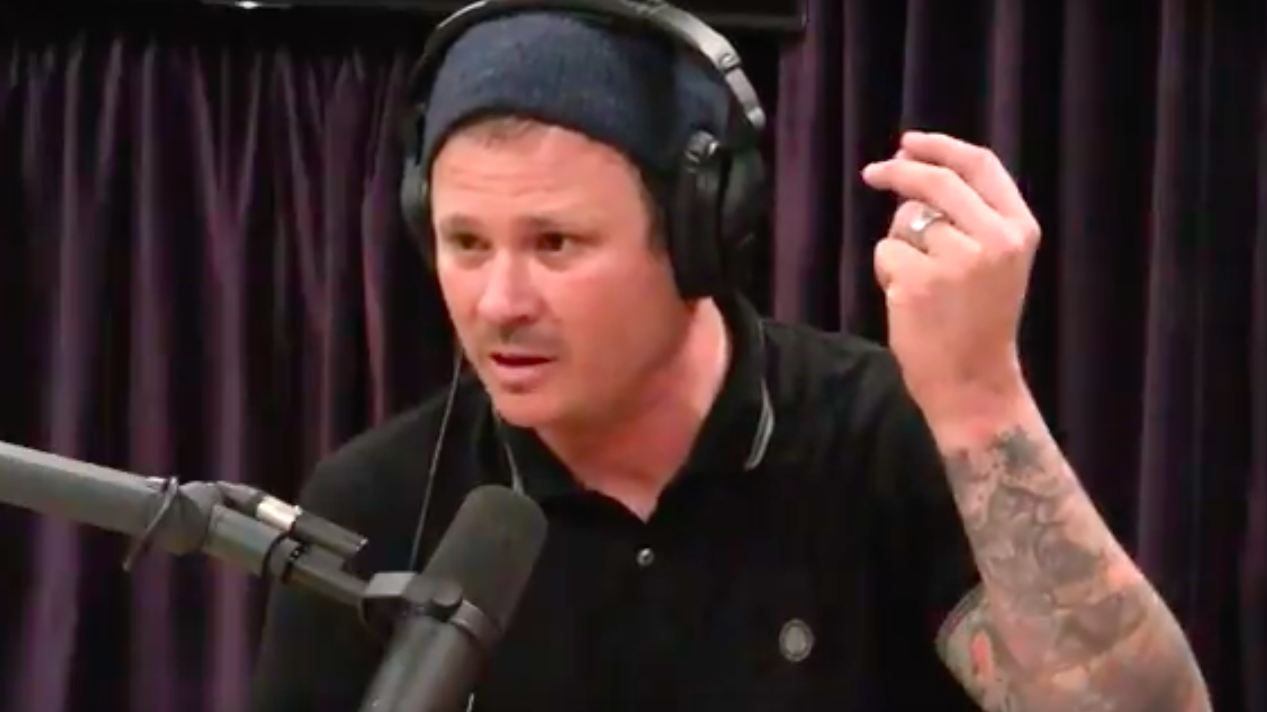 It’s been well documented that former Blink 182 frontman Tom DeLonge is a complete delusional crackpot who is obsessed with aliens these days, but even by his standards his recent behaviour on Joe Rogan’s podcast last night was pretty unbelievable.

Tom was presumably appearing to set the record straight about aliens and prove to everyone that he wasn’t completely delusional, but I’m guessing that for most people this interview is going to serve completely the opposite effect. The guy rants and raves for a full 100 minutes about all kinds of nonsense without ever really making much sense, whilst Joe Rogan tries and steers the conversation in a direction that is at least coherent. It really is something else.

I’ve included the whole thing below but it’s a bit of a slog at one and a half hours so maybe just watch the part around 27 minutes because that kinda sums it all up, although you could probably pick any random section of it and still be completely baffled by what’s going on. You’ll see what I mean:

The guy is acting like he’s on a massive cocaine bender with all the sniffs and the way he won’t stop talking absolute nonsense for pretty much the entirety of the podcast. I also love the way that Joe Rogan is constantly looking at him like he’s fairly sure he’s insane and probing him with questions that seem to undermine everything he’s saying. Great interview technique and a real shit show of a podcast.

Well worth listening to all of it when you get a chance. Tom Delonge from Blink 182 is dead basically, long live insane alien hunting Tom Delonge.

For more Tom DeLonge, check out his last big announcement regarding aliens. Basically turned out to be a beg for money.