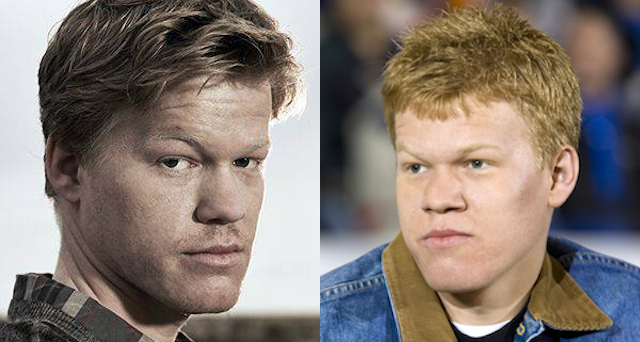 You might have recognised Todd from Breaking Bad as Landry from Friday Night Lights – well it turns out they’re pretty much the same character and here’s the proof.

I’m not sure how many people in this country were fans of Friday Night Lights because it got kind of a raw deal with scheduling over here, but even if you’ve not seen this infographic that the guys over at Funny Or Die made it’s still pretty awesome. It traces the progression of Landry from Friday Night Lights and the events and characters that help him develop from a shy teenager, and ultimately into Todd from Breaking Bad.

It’s incredible how there are so many similarities between the two characters (and no, not just because they’re both played by the same actor Jesse Plemons) and also how many key characters in both series to Todd and Landry are played by the same actors too. The whole process is pretty spooky but also pretty cool, and also surprisingly makes a lot of sense when presented like this. If there’s a huge hole in your life now that Breaking Bad is finished I can recommend watching all of Friday Night Lights because it’s another awesome show.