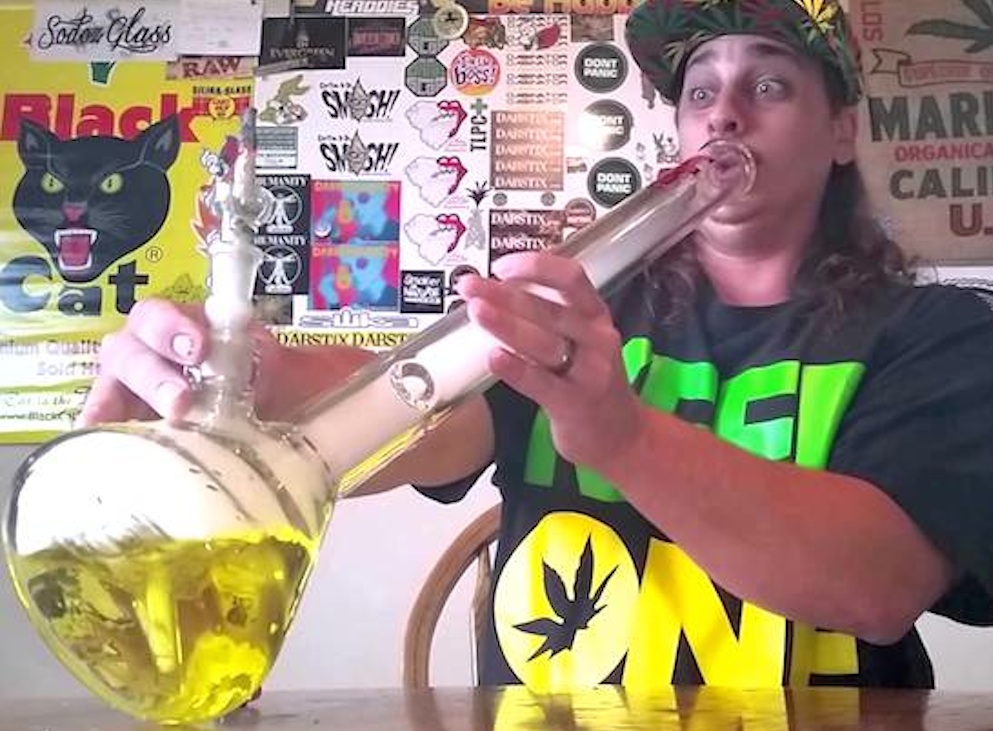 You stuff a joint into a bowl then pack weed around it – the joint is the fuse to the time bomb.

Well, this is certainly inventive and you might even call it a revolutionary way to smoke a bong – I’ve certainly never seen this attempted before or even heard anyone talk about it, although it seems kind of obvious now.

In the video some guy who is the most stereotypical stoner ever – complete with long hair, weed related clothing and a really annoying voice – shows us how it’s done. The concept is basically that you stick a joint into a bowl and then pack a load of weed around it and light the joint. It slowly burns out towards the weed – like the fuse on a bomb – before it reaches the weed and lights it up for one huge bong hit. Smart, right?

The stoner can barely contain himself as he’s getting ready to do it, constantly shouting ‘it’s the timebomb!’ over and over again and when he does start smoking it he doesn’t disappoint, taking some of the hardest hits I’ve ever seen. He doesn’t really handle it like a champ though, coughing loads and drinking water like a pussy – in between shouting about the timebomb even more of course. He does seems like he’s completely baked before he even starts the video though and by the end of it he definitely isn’t all there in the head, exclaiming that he’s totally ripped.

It would be great to see our hero the Bonglord do one of these on one of his next videos. We’re sure he could handle it, but we just want to see how he rolls with it.