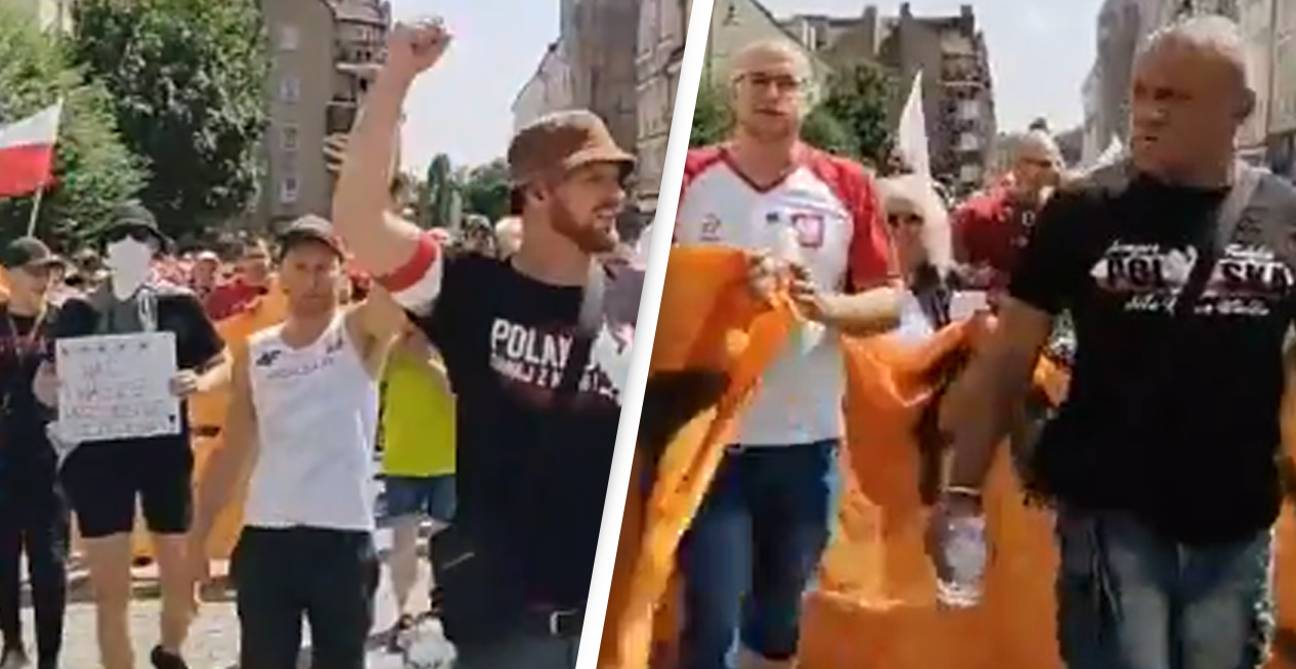 This is so dumb.

We saw racism rear its ugly head following England’s dramatic penalty shootout loss to Italy in the final of Euro 2020, but it turns out that this horrible practice isn’t limited to this country but is sadly all over the place still as well.

We’re over in Poland for this one where 70,000 protesters too to the streets of Głogów to object to local lockdowns and vaccinations. There were many chants aimed at ‘stopping vaccination coercion’ and the propaganda of the fourth wave, but more worryingly there were several chants targeting Jews with many of the crowd saying that they were behind the whole pandemic and that they ran the world.

A man who was leading the protest apparently repeatedly shouted down his megaphone ‘We know who is behind this whole ‘plandemic’ and who rules the world, right?’ with many of the crowd shouting ‘Of course it’s the Jews’. There was also a crowd wide chant of ‘Every Pole can see today that behind the ‘plandemic’ are the Jews’ which is just kinda scary really isn’t it, although we probably sadly do kind of expect that from Poland.

Three people were arrested during the protest as they clashed with the authorities, but it’s probably more concerning that people still hate Jews so much over there. Unlikely to change any time soon, especially if they actually believe that they’re behind the whole pandemic? Seems like a completely ridiculous opinion to have, but I guess that’s just how some people are brought up over there.

For more of the same, check out this short animated film about the history of Poland which shows you how badass they are. Shame a load of them are anti semitic too.