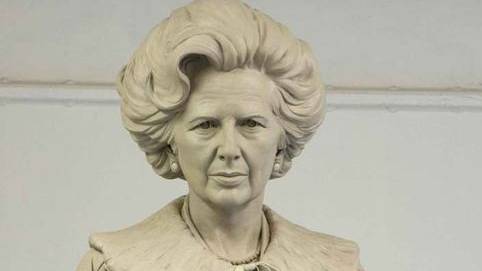 It’s fair to say that Margaret Thatcher isn’t popular in the north of England by any means – and probably even less so since ‘The Crown’ premiered a couple of weeks ago – so it’s kind of surprising that anyone would think that it’s a good idea to put up a statue of her anywhere near there and it wouldn’t get vandalised.

Sure, the former Prime Minister did grow up in the town of Grantham and it’s more Midlands than North so maybe there’s some degree of popularity for her there, but according to a Facebook event thousands of people are vowing to show up and throw eggs at the statue when it’s set to be unveiled next year on February 28th. Here’s what the text of the event said: 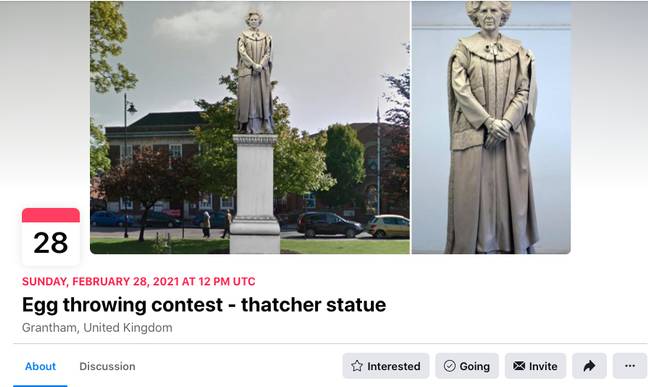 Bois and girls and me non binarys, we out here holding contest for egg throwing, lassos throwing, and potentially graffiti art.

Where are we doing this you might ask, well in the wonderful city of Grantham, and we have a special target being made currently, a beautiful statue of the Iron Lady, now it’s a family friendly event so please be respectful and pick up ya litter.

Not sure on the unvaling [sic] of the statue but will change the date accordingly.

Anyway, the statue is being erected on a ten foot high plinth as Grantham council are wary of the likelihood of it being vandalised, but if everyone is going to gather there to throw eggs at it then I’m not sure that’s going to do anything to stop it. I guess it’s slightly harder to aim at something that’s higher up, but everyone’s gonna bring at least a half dozen eggs with them so chances are one of them’s gonna hit.

Come to think of it though, we’ll probably be in the middle of a third lockdown in February next year so this will be the perfect time for another ruckus over a statue to develop. Seems like everyone is getting in early with this one. Book your train tickets to Grantham now.