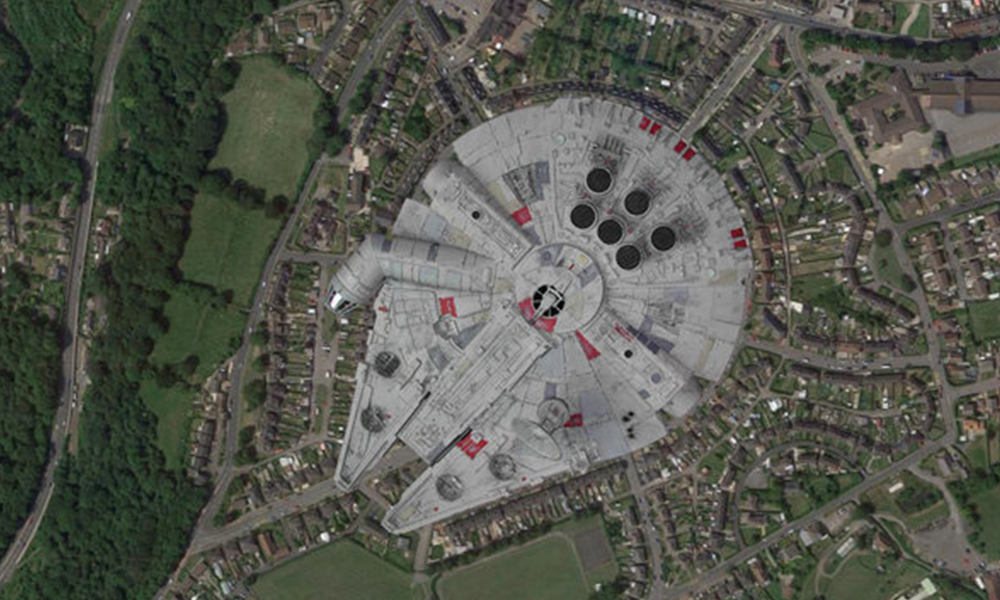 The force is strong in this cul-de-sac.

It’d be pretty sweet to live on the Millennium Falcon. You get to fly around space blowing shit up. But seeing as that is unfortunately just fiction, this will have to do.

From the ground, this estate in Oakdale, near Caerphilly in South Wales probably just looks like a normal, generic collection of houses. But from above, as somebody noticed on Google Maps, it looks a hell of a lot like Han Solo’s chosen method of transport, the Millennium Falcon. 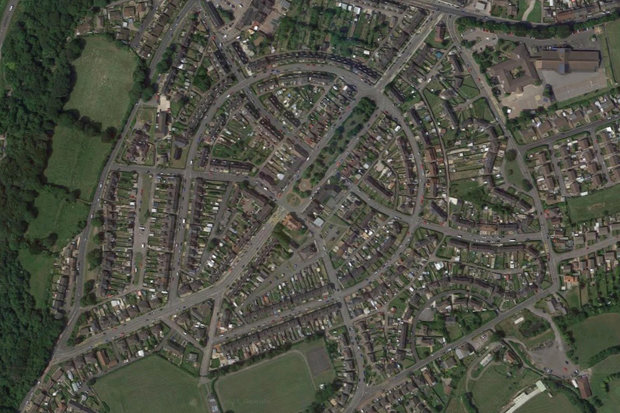 Jayne Hunt made the observation while using the app, and posted the pic on Twitter, saying: 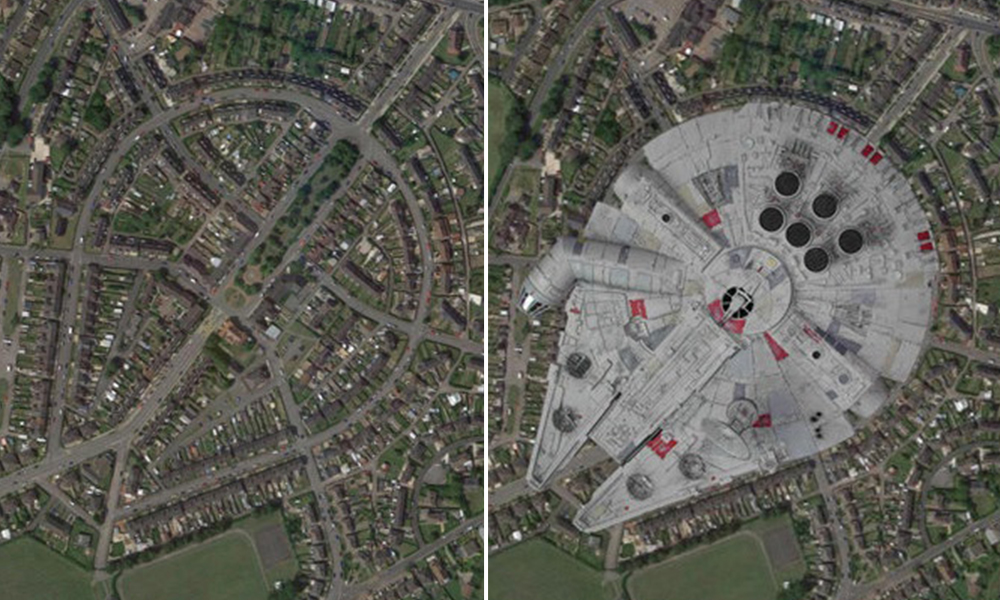 It’s highly unlike that the housing estate will be taking off and flying around. I’ve been to South Wales, though, and it might very possibly look like there’s a few aliens around at times.

Some of the original artwork for Star Wars doesn’t seem to show the housing estate, so it’s definitely a coincidence. Probably.