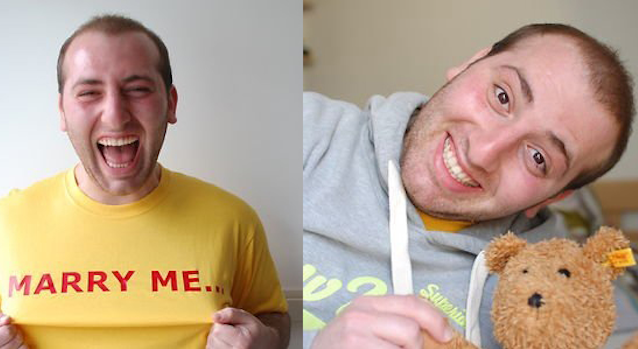 What an absolute player. If picking up guys on Grindr makes you a player that is.

A dude called Mischa (I thought Mischa was girl’s name, you know like Mischa Barton? Whatever happened to her?) Badasyan – who describes himself as an ‘activist’ and ‘performance artist’ has pledged to have sex with a new person every day for 365 days in the name of art.

What an absolute player. Although without trying to sound crass, unsurprisingly yes, he is gay and plans to use Grindr to fulfil his quota so maybe he isn’t that much of a player. More interesting are his reasons for undergoing the project, which don’t really make any sense to me at all. But then I’m not an artist so I probably can’t comprehend these concepts anyway.

Mischa hopes to challenge today’s hook up culture and ideas of sexuality in the age of Grindr and Tinder. He says that during his time living in Glasgow he’s met up with multiple random guys on Grindr and then headed down to the park and fucked them until 5 or 6 in the morning, only to feel really sad and lonely following it because despite being really intimate with these guys there was no real intimacy at all. 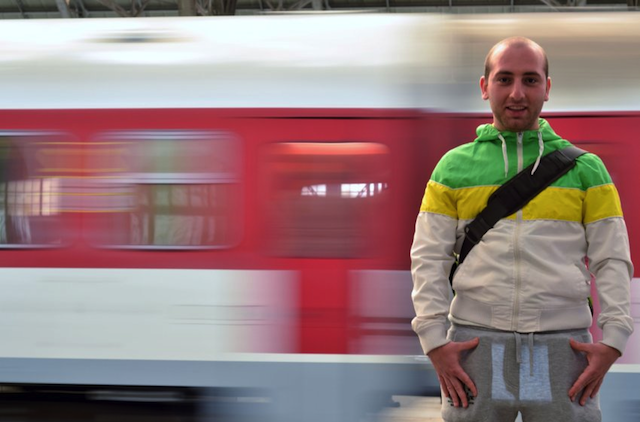 I can understand that sure but if that’s really the case then why the hell (by his own admission) does he want to spend the whole year being sad and lonely? Mischa explains this by saying that he wants to explore the idea of having sex in ‘non places’, a phrase coined by French philosopher Marc Auge that Badaysan explains as referring to:

Supermarkets, shopping malls, airports, motorways… [where] people lose their identity, there’s no communication, people don’t feel a belonging to somewhere and that causes the loneliness of people.

Mischa intends to have sex in these places with random people to determine just how lonely he feels afterwards. Why? I have absolutely no idea but hey it’s performance art and it often makes little to no sense – I think that’s the point. Here’s what else he had to say about it:

Ok yeah, still don’t understand but I look forward to hearing the results of the project next September to find out if it actually achieved anything apart from STDs, depression and a bunch of police cautions.