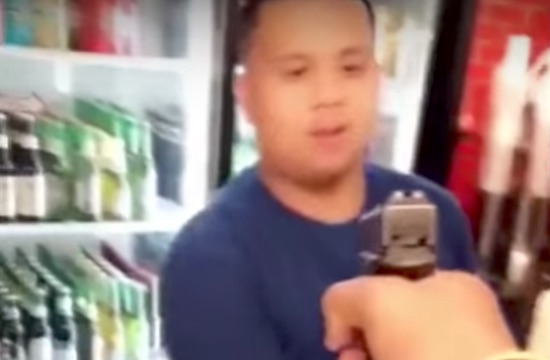 The new definition of fun.

Have you ever wanted to know if someone walking past you is carrying a gun?

Probably not, but up in Chicago it seems like it’s a real issue for some members of the gang scene and so they’ve devised a brand new way to test their homies to see if they’re packing heat or not, which basically involves pulling a gun on them and seeing what they do. It’s called the No Lack challenge and it’s popping off on social media right now and  you can see some of the highlights from it so far below:

Yeah, looks like people up in Chicago are holding some serious guns there eh? Not really sure why you even need weapons like that if you’re just hanging out in Chicago and not trying to overthrow a dictator in an LEDC, but I guess that’s the situation in some of the hoods over there. Crazy.

For more guns, check out this southern girl showing off her handgun collection. Notorious.