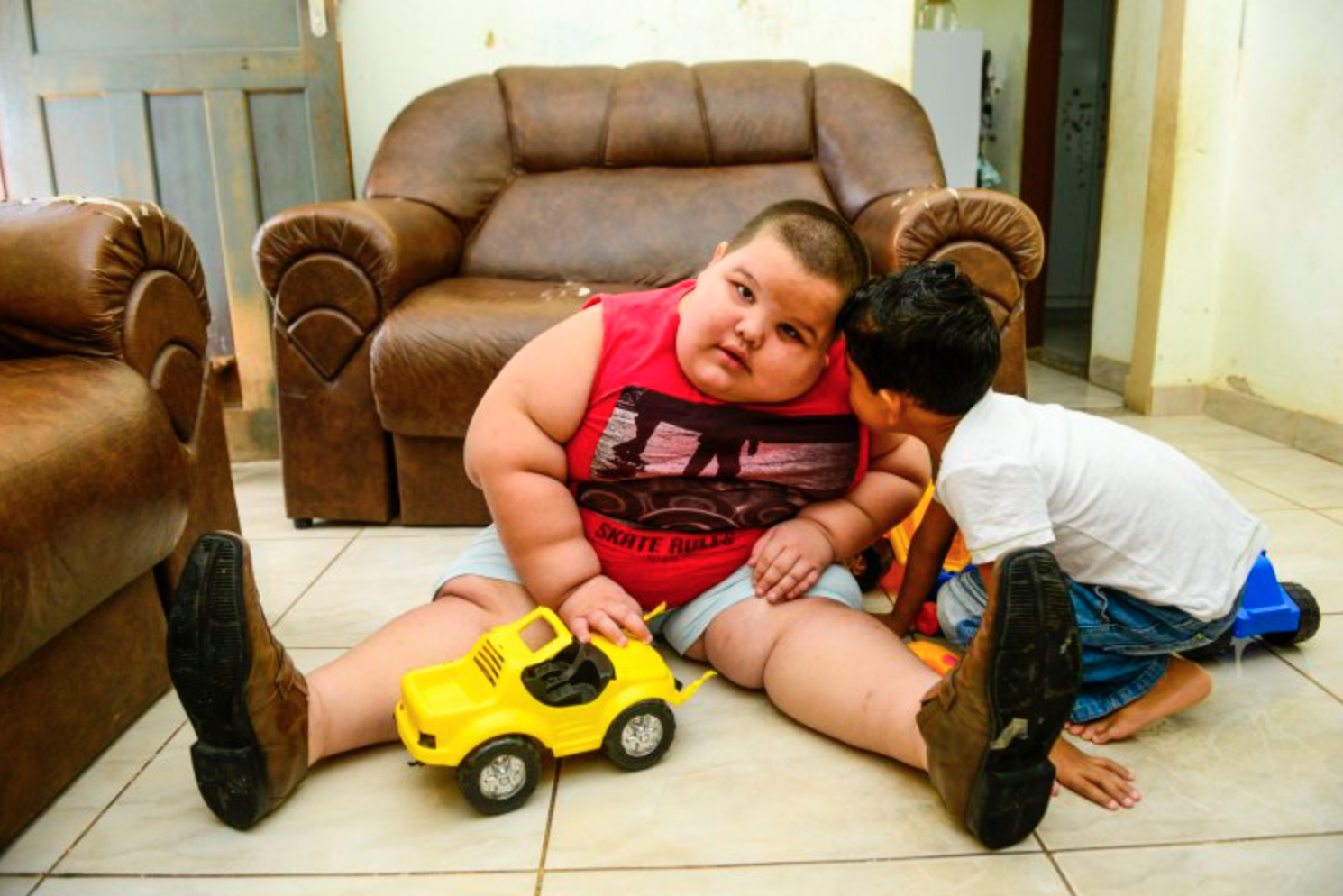 His heart is being choked by the excess flab that surrounds it.

Misael Caldogno Abreu, of Brazil, is just 5 years old. Yet he weighs three times the average weight of his age. Sitting at 12 stone he suffers from an array of health problems and is literally being suffocated by his own bulk.

His obesity is a result of a rare condition known as Prader-Willi syndrome which means that he has an insatiable appetite and can never stop eating. I was pretty sure I had the same thing for a while, but after some Googling, it turns out I’m just a fat shit who loves food.

The condition isn’t such a laughing matter for Misael, though. His heart is being choked by the excess flab that surrounds it, and he often stops breathing during the night. Every evening his parents worry that they’ll go into his bedroom to find him dead the following morning. 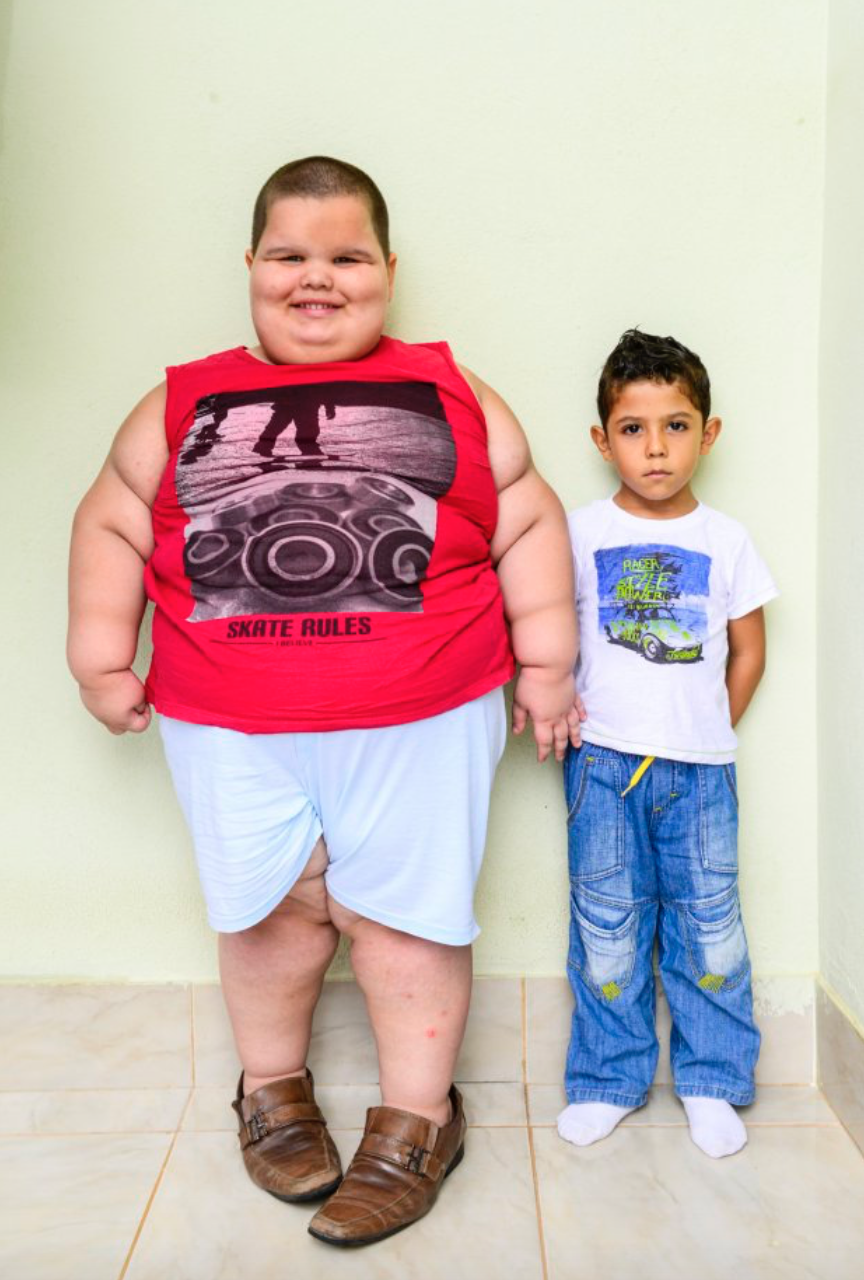 Everything is hard for him — he is a baby carrying an adult’s weight.

His heart must be suffocated and working under a lot of pressure. If he doesn’t get the treatment he requires there is a very good chance he will pass away.

When he was born Misael weighed a healthy and normal 6lb 6oz – but the moment he started eating he began to pile on the lbs.

He now sits at a horrifying 178lb (12.5 stone) in spite of daily exercise for 40 minutes and a low-fat diet plan. His mother describes the stress and anxiety that comes with her sons condition:

He has been putting on a lot of weight since he was a baby — even when I was breastfeeding him he ate more than was expected.

But it was only when he was one and a half years old that we began to worry. He was gaining 3kg (6.6lb) a month and was starting to get very heavy.

His situation is complicated. We know we could lose him at anytime. Sometimes when he is sleeping I watch him to see if he is breathing.

I cry a lot because we want to help him. But I am also very proud of him because he is a child who doesn’t surrender.

I live for my son — he is so special. His teacher told me that everything the other children do, he wants to do as well. He doesn’t want to have limits. He wants to be a normal child. 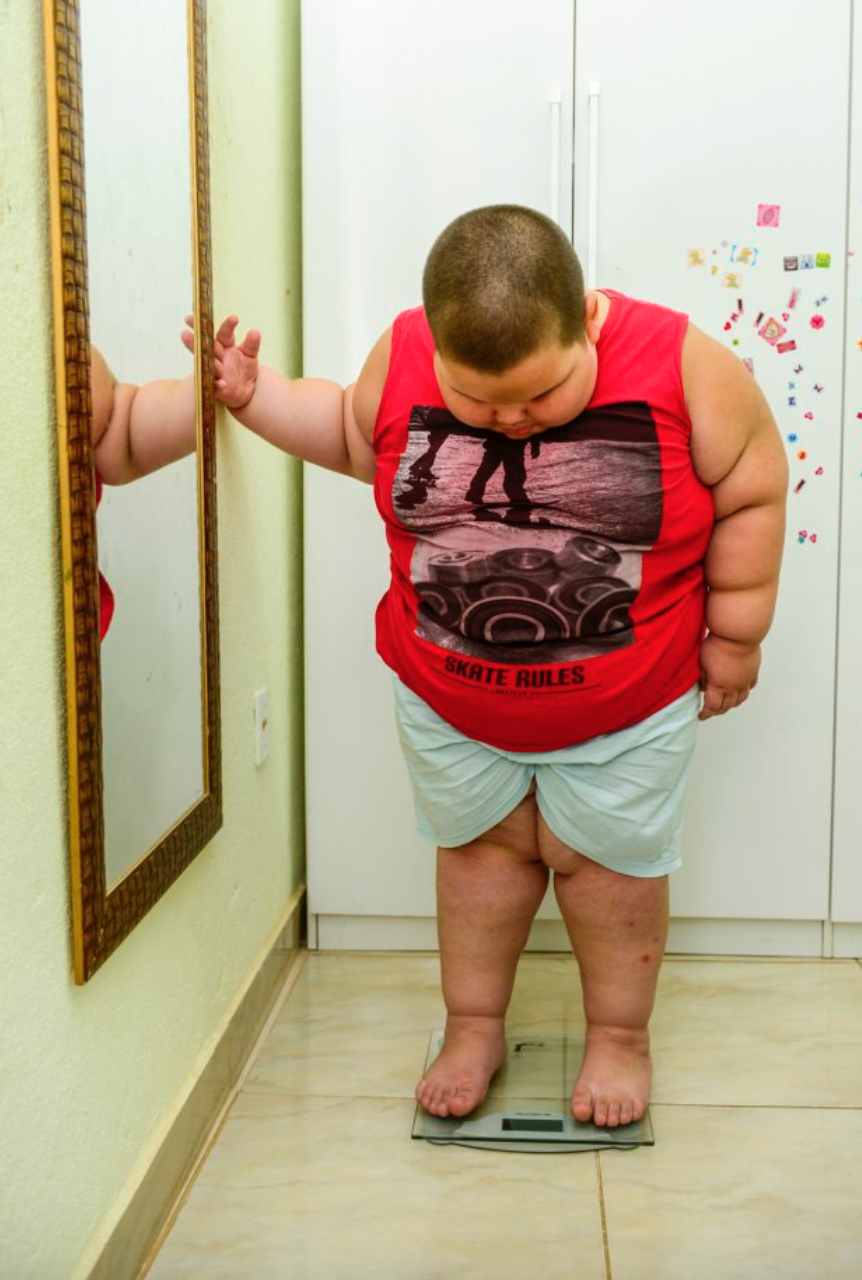 Unfortunately, there is currently no cure for the condition. Misael’s family lack both access to the correct professionals and the necessary funds to get him the right treatment that would likely save his life. The Paediatric neurologist Lucio Coelho Miranda who has dealt with the young child’s case explains:

Every appointment we have had he has put on a lot of weight — sometimes up to 5kg (11lb).

I think Misael could get help from someone outside of Brazil — both medically and financially — so he can get the laboratory and genetic testing he needs.

Here’s hoping they manage to find a cure soon and save little Misael from this awful condition!

If you need cheering up after that sad story, check out this girl that got the surprise of a lifetime after being diagnosed with a similarly terrible disease.