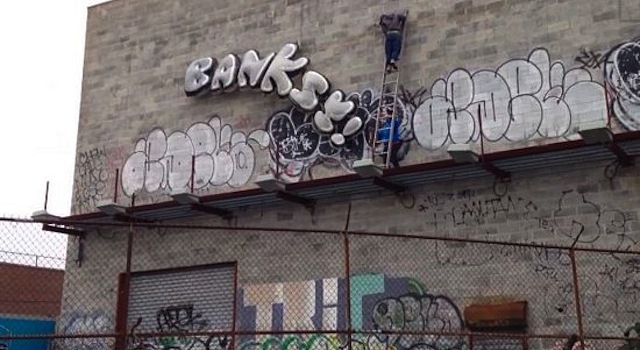 Some dudes tried to steal Banksy’s final piece in New York yesterday, but were stopped by members of the public who also caught the whole thing on video.

Not sure how much of a ‘crime’ this in, but a pair of thieves tried to steal Banksy’s final art piece from his month-long stint in New York yesterday, only they chose to do so in broad daylight and naturally, a bunch of people gathered round and started yelling at them.

Once the thieves had removed Banksy’s piece and tried to take off, a couple members of the public pounced on them, followed by the police.

Say what you want about Banksy, there’s not many street artists who have people fighting over their work like this.