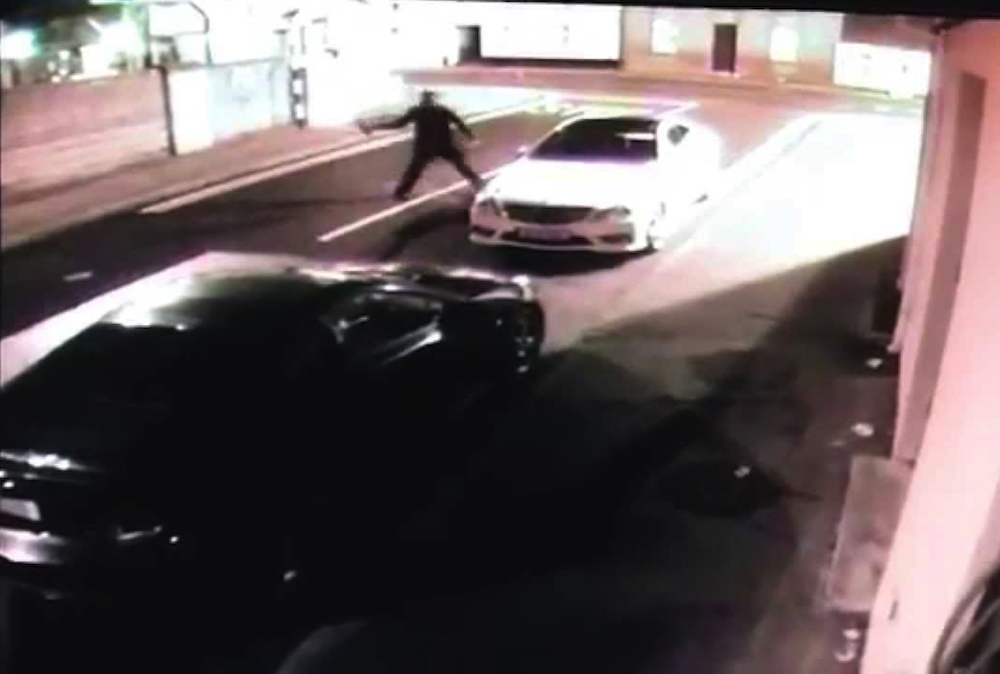 Stealing cars isn’t cool in the slightest because cars are super expensive and having them stolen annoys you like nothing else in the world ever.

So it’s great to see videos like this where potential thieves get their just desserts immediately. In it, some chump from Ireland spends about half an hour (not featured in the video) trying to break into a really sweet car with a bunch of rocks.

He finally has enough and decides to try and get into it with a massive rock and throws it at the window in anger with absolutely all he’s got. Unfortunately that’s not enough though, as it immediately rebounds and hits him in the face, knocking him out cold.

To make matters even worse for the guy, the owner of the car walks around the corner moments later and then gets him arrested. Here’s what he had to say:

When the GardaÃ­ picked him up, he started claiming that I attacked him. He was still telling them that in the station when I came in with the footage of him getting knocked out by his own brick. You should have heard the garda laughing when they saw the video. They were in stitches.

Idiot. But is he as bad a thief as this guy who we previously labelled the worst thief of all time?