What’s in the case?

The glowing contents of Marcellus Wallace’s briefcase in Quentin Tarantino’s ‘Pulp Fiction’ has been the subject of debate for years.

Many fan theories have claimed to know the truth. One of the most prominent is that the character Marcellus Wallace’s soul was removed from a hole in the back of his head, hence why he wore a plaster to cover the scar. Theorists claim that the glowing entity was in fact his soul. Along these same lines, another Reddit user said that rather than being a victim of the devil, Marcellus was the devil.

There are a whole range of other theories as to what the glowing object is, ranging from the Holy Grail, a nuclear device and Elvis’s gold suit. Crazy.

Not so long ago, Phil LaMarr, who played Marvin – who was one of the criminals who was in the room when Vincent cracked the case open – made the very unexciting revelation that in reality, it was in fact a light bulb. But what did Tarantino himself think was in the case? Apparently LaMarr said that he actually asked the director himself, to which he replied, “whatever you want it to be?” Not exactly the satisfying answer you would hope for after all these years of speculation. 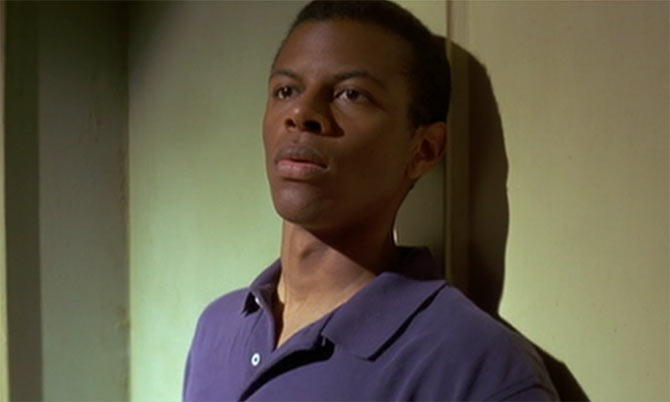 Luckily he did go into more detail, at least into what he thinks is in the briefcase:

Is it what I want it to be or what whoever opens it wants it to be? There’s a difference.

If Vincent opens it and sees whatever he wants to see, then it’s a magical briefcase. But if the concept is that it’s just the most precious thing ever, than it’s whatever precious thing the audience wants it to be.

He then went on to mention that it is in fact the latter theory – that the case contains a precious object, rather than some sort of magical soul or entity. So while Tarantino himself did not provide a solid answer on what that object might be, it certainly puts to bed any theories surrounding some sort of magical power. In fact, LaMarr went on to explain why the plaster even appeared on Marcellus’ neck in the first place:

Ving shaves his own head, and he showed up at rehearsal with a Band-Aid on the back of his head. That made Quentin go, ‘Ooo, that would be interesting visually! Why don’t I just not show your face?’ The Band-Aid is there because of Ving.

So there you have it. Had Ving not rocked up to set that day with a plaster across his neck, the fan theories surrounding the suitcase might never have been born. Ain’t it funny?

For more alternative movie concepts, check out this absolutely insane conspiracy theory on ‘The Shining’.