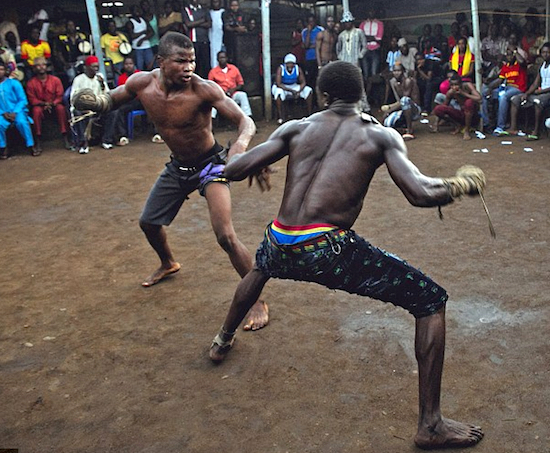 There’s no denying that MMA and UFC has become increasingly popular over the past few years as more and more people are starting to enjoy the brutality of combat sports.

The logical evolution of this is now here with the West African sport of Dambe. I’m not sure of the rules but it seems to involve two people squaring up to each other and punching each other in the face until one of them falls on the floor. It looks absolutely brutal:

Damn. That guy sure looks like he got punched in the face a few times doesn’t he? Not sure what the deal with taping up their hands with that special glove is, but it doesn’t look as though it lessens the impact of the punch by any means. Yeowch.

For more of the same, check out this epic street fight that ends with a double knockout air kick. Nasty.