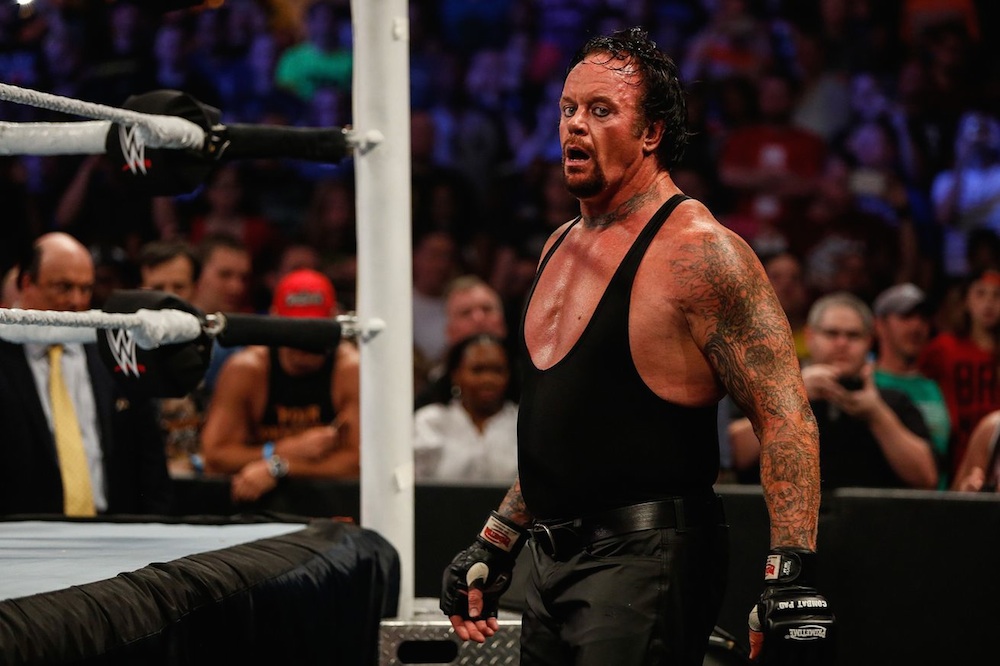 His latest workout video proves it all.

The Undertaker is currently in preparation for a match against Shane McMahon at Wrestlemania, and he probably shouldn’t really be that worried about it because Shane McMahon pretty much just knows how to take a massive bump and can’t actually do that many moves, but nevertheless it looks like he’s taking it seriously judging by his new workout videos.

Despite the fact that Taker is now 50 years old, he’s still an absolute beast in this latest clip that’s been released. In it, he deadlifts 500 pounds like it’s absolutely no problem, and then does a 40 inch box jump like it’s no big deal either. That’s the All American Badass for you though I guess.

No sweat. Don’t we all know that Shane McMahon is going to get the absolute shit kicked out of him when Wrestlemania comes around? To get an idea of what the Undertaker could physically do to him here, check out these photographs from his classic 1998 Hell In A Cell match with Mankind.