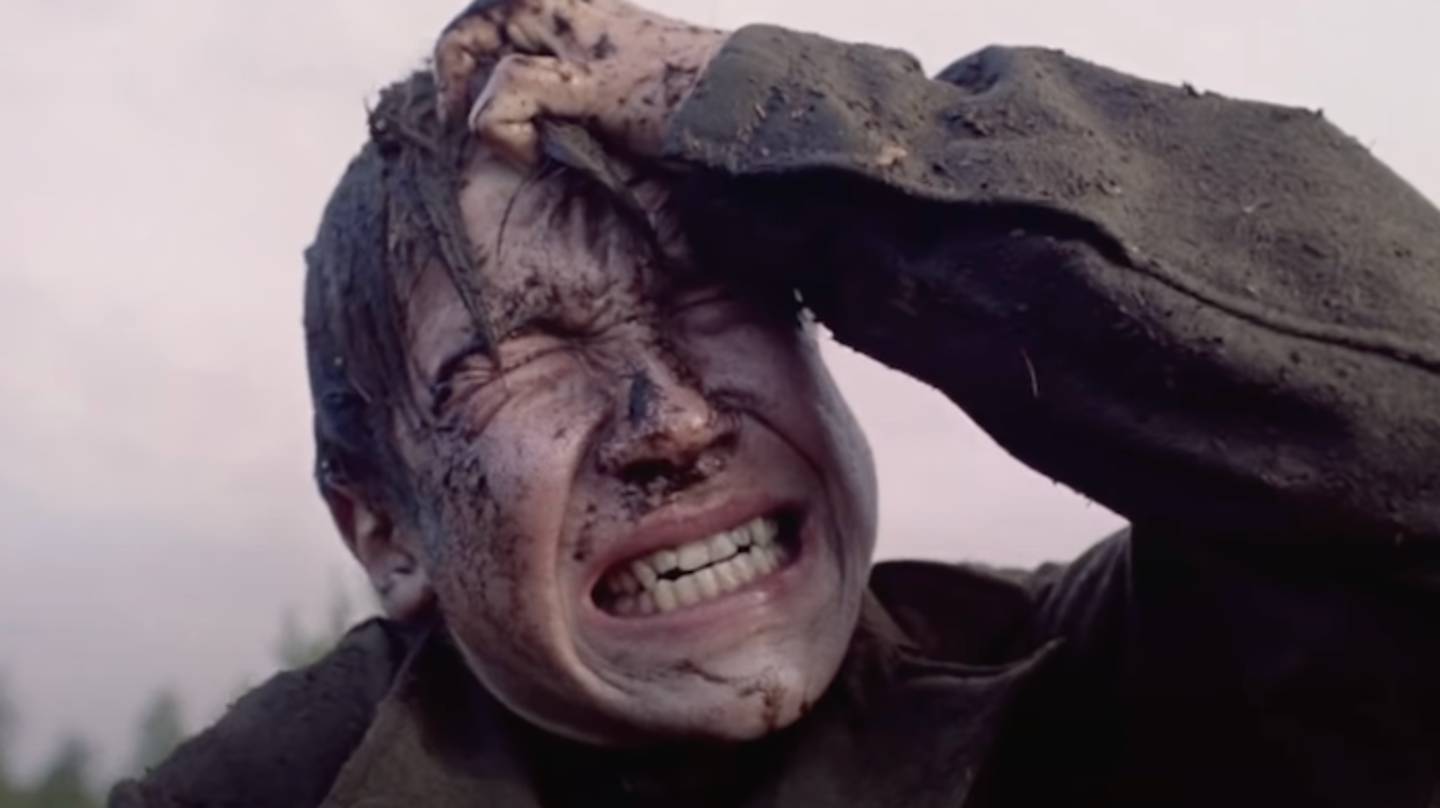 Get a load of this.

When you think of scary movies, you almost universally think of horror movies with recent titles like ‘Hereditary’, ‘Don’t Breathe’ and ‘It Follows’ all coming up with a claim for being up there with some of the more terrifying in the genre.

However, one YouTuber named Professor Jelkington is arguing that a Russian anti war film from 1985 called ‘Come And See’ is the scariest movie ever made and he presents a pretty compelling argument as to why this is the case in the YouTube video below. Take a look:

The film was produced very much like a horror film rather than a war film.

Instead of focusing on showing large set-piece battles, Come And See focuses solely on Florya’s struggles, choosing to depict events from his somewhat subjective perspective, rather than an omniscient perspective typical of war films.

All of the film making aspects from the cinematography, sound, acting and even the makeup resemble what you would see in a horror film rather than a war film.

What makes Come and See so truly horrifying is that it shows, with neither a flinch nor warning the full horrors a human is capable of, the horror isn’t allegorical or a warning or the threat of nuclear devastation or environmental melt down; no the horror is historical, it happened and has happened again and again.

It’s a constant reminder that the greatest horror is people stripped of the humanity by the machine of war and given the right circumstances, we’d do it all over again and never question it.

Yeah I gotta say that does look really grim and actually terrifying and very uncomfortable to watch and that’s just a couple of clips from it. Imagine watching two and a half hours of this horror and how that would feel. Definitely adding it to my watch list.

For more of the same, check out these ten movies on Netflix that are so scary that people can’t actually finish them. Can’t believe ‘Come And See’ isn’t on there after watching that video up there.