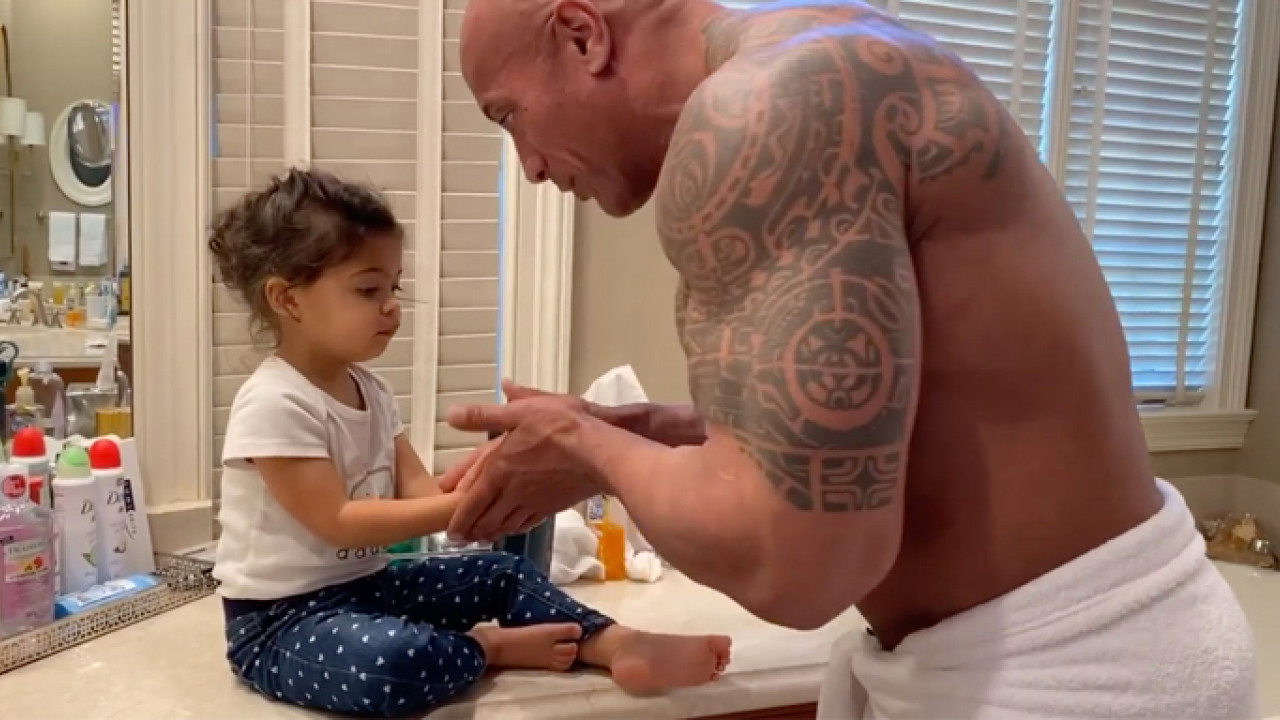 She’s barely the size of his arm.

Here we are, it’s the weekend, and it’s another day inside. That’s the sort of thing that can get you down, especially with the nice weather we’ve having. Well not to worry because The Rock’s here to cheer us all up with this video of him washing his daughter Tia’s hands while singing that song from ‘Moana’.

How adorable was that? I mean what could be cuter than the The Rock’s massive hands gently washing his daughter’s AKA The Pebble’s tiny little hands to the tune of ‘You’re Welcome’? Little girl has one of the coolest guys in the world as her dad and she doesn’t even know it yet. Shit I’m a grown man and even I wish The Rock was my dad. No doubt she’ll come to appreciate it by the time she’s no longer barely the size of his arm.

P.S. If you’re watching Wrestlemania this weekend, have a look through our Pro Wrestling Flashbacks series to prepare. Not like you’ve got anything else to do is it?