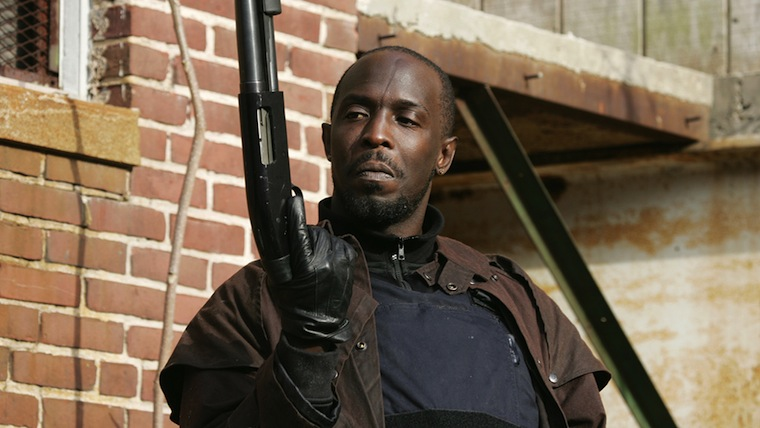 Everybody’s favourite character from The Wire is based on the lives of real men. Donnie Andrews is of the most notable. His life; hard.

Any fans of the hit HBO series The Wire are sure to love Omar. Considering everybody who sees this show once gets a massive hard on for it, Omar has managed to seriously captivate a huge audience with his own brand of gangster-killing anarchy. The ethical enigma of the Wire, which really gives you an insight into the programme, Omar despises the “game” and all those who play, meaning the crack slingers and gang-bangers on the streets of Baltimore face Omar’s wrath; specifically, a pump action shot-gun and a complete lack of respect for life. All in all, a total bad man.

Few people know however, that the homosexual scar-faced mass-murderer is based on several real people and one in particular: Donnie Andrews. This man has given much of the meat to the bones of David Simon’s character, and believe me, in his hay-day the sight of this nutcase would leave many hardened crack dealers crying in a pool of their own piss.

His life started poorly, growing up with an abusive mother and witness to a savage beating-murder in a Laundromat at the age of 10. He saw his first body aged 4. This left Donnie with an unwavering and brutal sense of justice, and it was here that he decided to become the baddest mother-fucker in Baltimore. He grew proud of his ability to fight with his hands; a skill that I’m sure he was even more grateful of while serving 18 years in jail for triple murder. Donnie saw the true nature of the world around him, and decided what he had to do. This is a much more calculated character development than the Omar in the show, and I believe a much better one. It certainly makes him more Batman than Robin.

Omar is portrayed in The Wire as a sort of fucked up communitarian guardian angel. Gabriel on meth wielding a 12 gauge. He hates swearing, shows rare but great compassion for others if they deserve it, and loathes the scum that flood his neighbourhood with crack. Yet there is turmoil in his role as hero; his killing streak sparked and sustained by an act of vengeance for murdered boyfriend; and the manner in which he kills is almost mechanical. This duality is reflected in real life as Mr Andrews now seeks to help his community, and particularly the children, ensuring they don’t fall foul of the life he was thrown into. He commands a great deal of respect as can be imagined for a man who used to keep his gun up his sleeve rather than his belt for easy access. His name meant a lot in giving drug dealers nightmares, and it means a lot now in trying to help Baltimore.

Watching the video below just makes you want to watch the Wire again. Doing so with the knowledge that Omar really was out there, along with other taxmen over 20 years in Baltimore, really does give it an extra kick. Andrews says he dislikes the voyeurism that accompanies a show like the Wire, given the issues are real, but appreciates getting it out to a wider audience. Fans of the show will really appreciate this. It also makes you piss-scared to sell crack, and even more scared to fvck with Donnie Andrews.

Here’s the interview with Donnie Andrews:

More on The Wire:

Smacketology: Determining The Best Character In The Wire

Stringer Bell Is A Rapper