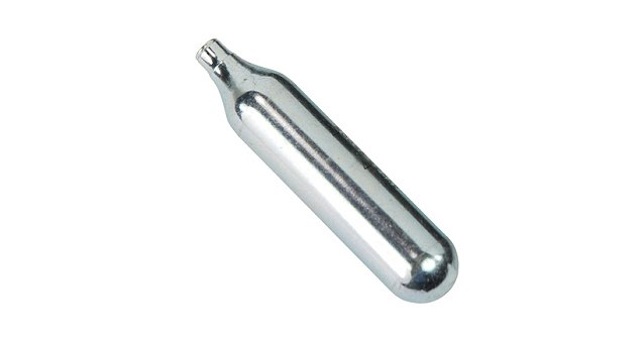 ‘That feeling’ you get when you realise how little amount of NO2 you actually have left.

For years now the average person has been bewildered and begrudged by the ever rising price of laughing gas, but the generation I’ve grown up with have been hit with a gas price we never expected. You never think about the cost of NO2 until you’re sitting at home midweek after your last heavy night out, you think back to the countless brain cells that mysteriously vanished over a 12 hour period that, to all extensive purposes, now just seems like a fuzzy glow of lights and scummy bathroom floors.

NO2 balloons are always an after thought when contemporary ravers gear up for their night out, but should actually receive a lot more thought than they do, oversight is a horrible thing at seven in the morning when the last charger hits the side of the ready made bin bag. Costing £41.99 for a box of 100, roughly .40p a crack, NO2 balloons offer an extremely accessible high for very little outlay, and when one thinks of the possibility of selling said balloons for say £2 a go they can also become a shroud business move. However the deflating truth is that the high received from a doing a balloon only lasts a few moments, although it may seem to take at least two questionable mixes to shake off that ringing between your ears. 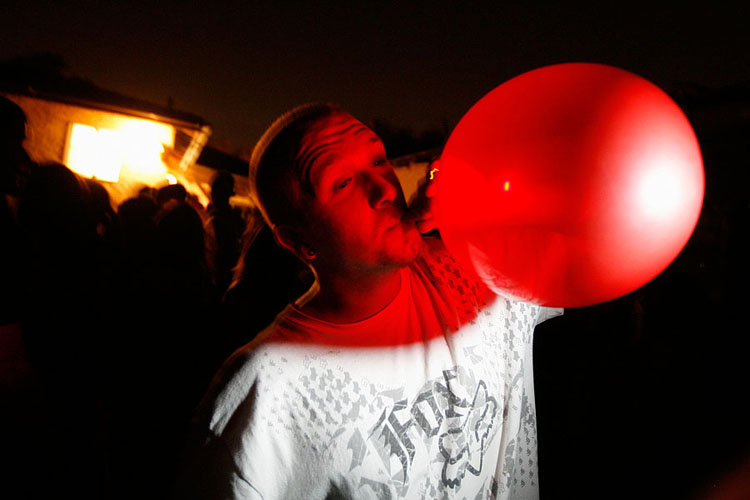 Having established the highs and lows of NO2 balloons you think it’s a no brainer, but actually there’s a terrifying truth that comes with cracking the balloons out at 5 in the morning, which is that at some point, you’re going to run out. Although buying two hundred balloons a week before halloween in the faint hope that you wouldn’t touch them is a crock of shit and you know it. Your mates turn up two hours before you’re planning to leave and before their ass hits the chair they’re asking where the cracker is? Now you know you’ve got two hundred to last you the night so it’s fine to do a couple, there’s only a few of you there so they’ll definitely last.

Obviously you have to convince yourself it’s ok to start your stock pile this early in the night knowing that every balloon you do now is one less you’ll have later. For that horrible time at 7 in the morning on Saturday when there’s no words left to describe how dry your mouth is, and you’ve run out of reasons as to why your questionably excessive night out was completely and utterly justified. Because it is at this point in the night that balloons become your only hope of prolonging the immediate feeling of reality; cold, grainy and ever so judgemental.

However you continue to press on throughout the night whilst you consume an exotic cocktail of substances best not named for the simple fact it’s ironically depressing. You hit the fifteen minute mark and crack one final balloon before the cab arrives, another night of dark rooms and loud noises enough to satisfy the needs of any average mid 20 year old looking for an avenue of escape.

The next 4-6 hours primarily consist of sweaty encounters with other like minded liberalist stoners, overly confident run of the mill dealers and jumped up ‘security teams’, depending on your choice of venue. However every night seems like no other and the next will only be more questionable and equally as shameful. But nevertheless you find yourself tucked away into the corner of a sofa you assume belongs to a student of some description, judging by their ‘wall decorations’ and ‘kitchen area’, and you finally come to the realisation that you are running low on gas. The horrible truth that when the balloons run dry there will be no more escape. The sofa you found yourself ‘tucked’ away in now seems extremely cramped, the fact you have little to no control over the state of your jaw movement has hit home and the knowledge that you’re pretty sure the people you came with have regressed into a drug induced amoeba like state has fucked with your mind completely.

And it is at this point, this hallowing moment, that you know you shouldn’t have started on them so early in the night, you shouldn’t have been so blasÃ© about the rate of consumption and you shouldn’t have allowed your love for escapism to override your logical self. But thats what balloons do. For most nowadays balloons are the simplest, most efficient way to completely and utterly close out, or more to the point, embrace their surroundings, and for a finite amount of time just enjoy that fuzzy ass feeling in the space between their ears.