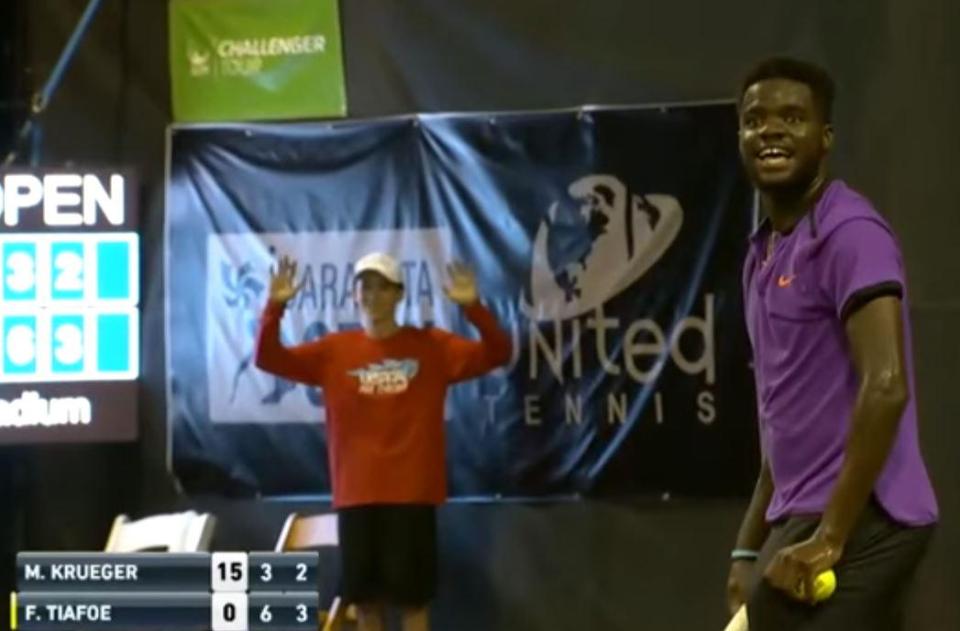 Bound to put you off.

Sporting events are always getting interrupted by the most random things, but I think the video below is the first time that I’ve ever heard of one being disrupted due to loud sex noises.

The tennis match between Frances Tiafoe and Mitchell Krueger was taking place at the Sarasota Open in Florida, where both players and the crowd suddenly become distracted by some really loud sex noises.

You can’t hear them that loudly in the video, but it’s pretty clear that it’s putting Tiafoe off slightly, so much so that he eventually comes out with an absolutely classic line that’s better to watch than read. Even better is that Krueger actually fires a tennis ball in the direction of the culprits because he’s so pissed off about it. It really is a comedy of errors.

What a line from Tiafoe. You’ll be pleased to hear that he went on to win the match, presumably after the noises subsided as he wasn’t doing that great during that clip. No news on if the culprits were ever found, or if she was faking it or not. I think we probably all know the answer to that one though.

For more sex noises, check out this story about a woman who was pissed off about sex noises coming from the flat above. Guess where it turned out they were really coming from?