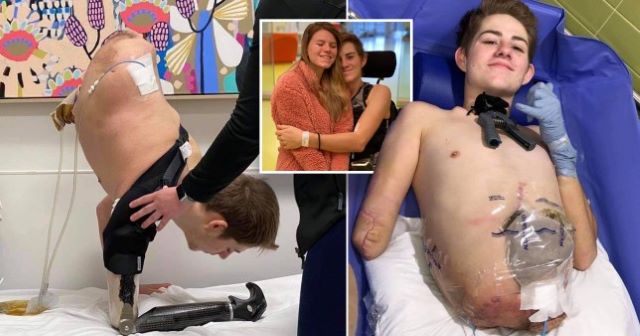 He was conscious as his body exploded from the impact.

An American teenager who miraculously survived after being crushed by a forklift truck has had to amputate the entire lower half of his body and his right arm.

Loren Schauers, 19, veered off a bridge and fell 50 feet to the ground before the 3,628 kilogram forklift he was operating landed on him, causing catastrophic injuries. Incredibly, he was conscious the entire time and watched his right arm explode before he saw everything below his waist get crushed.

An air ambulance lifted Loren on a stretcher and flew him to a hospital in his native Montana. He had completely lost his right forearm and hand, broken his right collarbone, suffered a pulmonary embolism (a blockage in his lung artery) and required a breathing tube. 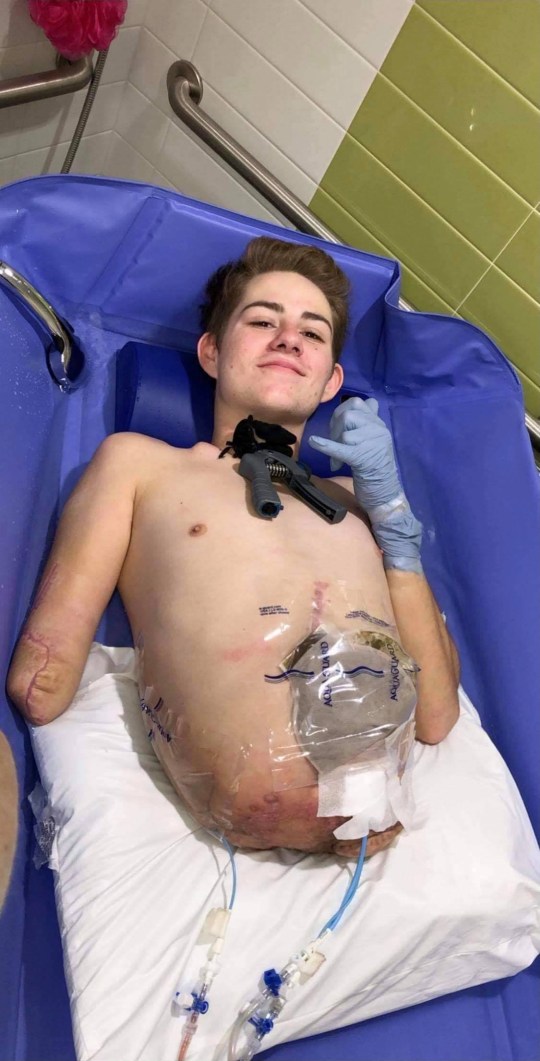 Loren’s lower body was completely crushed and he agreed to allow doctors to amputate everything below his waist.

The chances of him surviving even after the procedure were slim to none, and so medics told his family and girlfriend, Sabia, to say their goodbyes. They did so on 6 separate occasions before realising he had a chance of making it.

As reported by Metro, Loren had been working on a highway bridge outside Wilsal, Montana, when cars started illegally passing him through the traffic lights, narrowing the single lane and forcing Loren and his forklift towards the edge of the bridge.

He tried to jump out of the forklift but his leg got stuck in his seatbelt, keeping him connected to the machine as it rolled twice before launching him to the bottom of the hill and rolling onto him.

I was conscious throughout everything so I actually watched as the forklift fell on top of me and crushed my body.

It wasn’t a hard choice to have half of my body amputated – it was basically a choice of living or dying.

With Sabia assuring to stay by my side no matter what and all my immediate family being around me, it really wasn’t a hard choice for me!

I was conscious the whole time. My eyes were wide open and I saw the forklift come down and land on my hips and my right forearm.

I remember looking to my right with the forklift on top of my body and there was big old piece of muscle from my arm just lying on the ground next to me. It had just blown apart instantly from the impact. 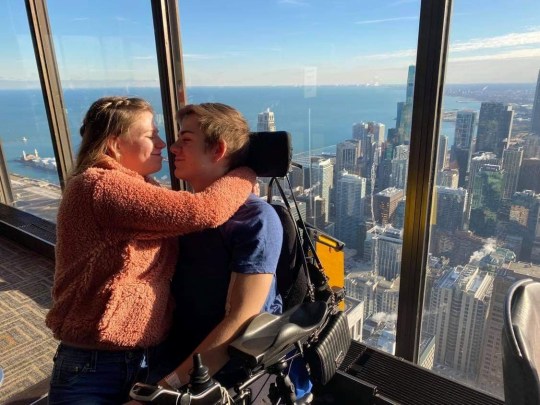 His ride or die girlfriend Sabia, who has since accepted a marriage proposal from Loren, says:

The first time we said goodbye was before his surgery but he still had his intubator in so he was writing to us as he couldn’t talk.

The night before his surgery, he wrote ‘I love you’ on a piece of paper as it could have been our last night together. I still have that piece of paper today.

Throughout it all, Loren has been super innovative in order to make himself as independent as possible. 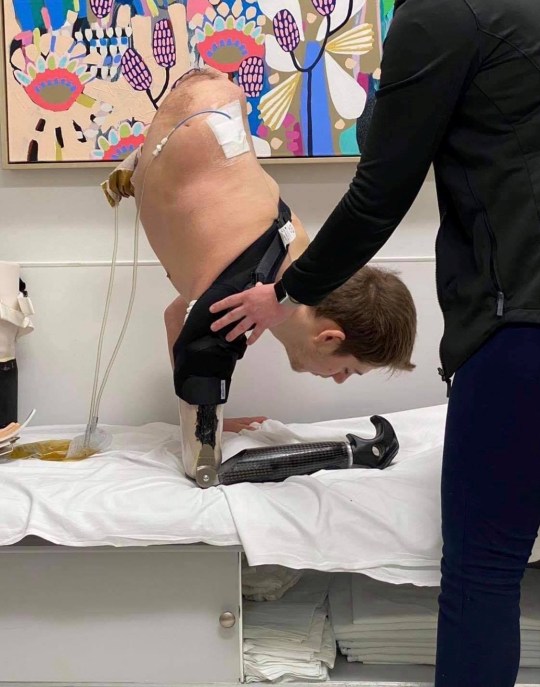 What a story. I mean talk about a strong body and a strong mind. Doctors gave Loren next to no chance of surviving but he managed to make it out of the hospital alive after four months of rehab, even after doctors said he would be hospitalised for a year and a half. That is just an astonishing level of strength and willpower when he could have easily just drowned himself in depression or given up in his hospital bed.

Big up the doctors and of course his girlfriend Sabia for sticking by him as well. Sounds like it had a lot to do with his recovery. A brave couple that should be admired by many – let’s hope they both live the good quality life that they deserve. They’ve started their own YouTube channel which you can check out here.

For the man who used his own amputated foot as a pillow in hospital, click HERE. Gnarly stuff.