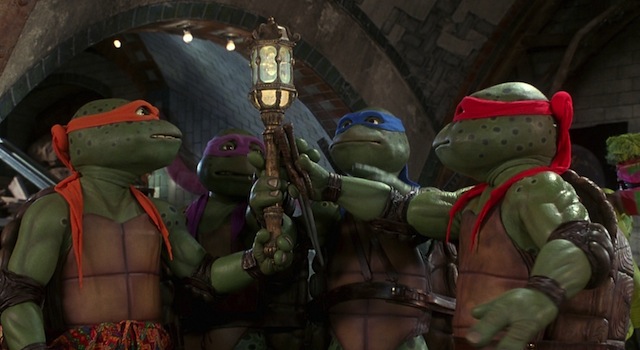 This is for all of you who’ve been wondering what the Teenage Mutant Ninja Turtles would sound like if they had British accents (no-one).

Fun fact, it was renamed Teenage Mutant Hero Turtles in the UK due to controversy around Ninjas and nunchucks at the time.

Teenage Mutant Ninja Turtles are turtles who are named after famous renaissance artists and their likes are pizza and fighting bad guys, you know, the classic kid’s show plot. When I used to watch it I never once wondered what it would be like if they were re-dubbed in a stereotypical British accent, but luckily one man did think of that, and that was voice over artist Paul Benton.