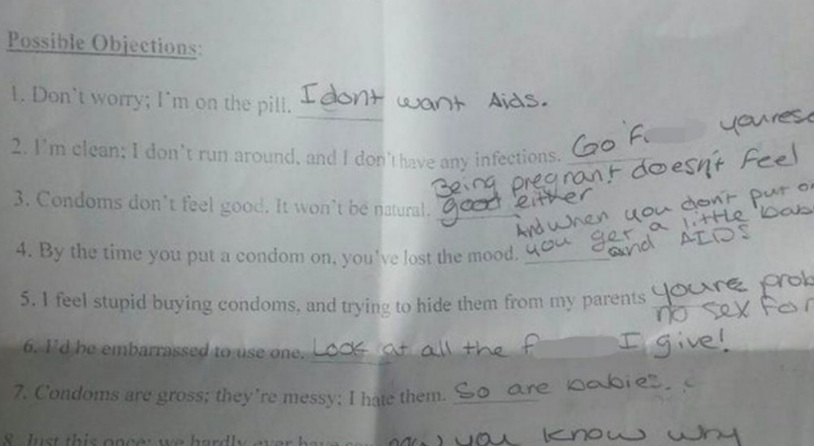 You can’t argue with these.

Sex education was always a bit icky back at school when you were first learning about it, which is why it’s great to see this 14-year-old girl completely own the exercise she was given to complete with some brutally honest answers.

Maraih Fridman from Montreal was given the following piece of work to complete entitled ‘Objection To Condoms’. In case you’re in any illusion as to what this might require, it featured several statements that someone might say as to why not to use condoms and Maraih was tasked with formulating a response to them.

To say she smashed it out of the ballpark would be an understatement: 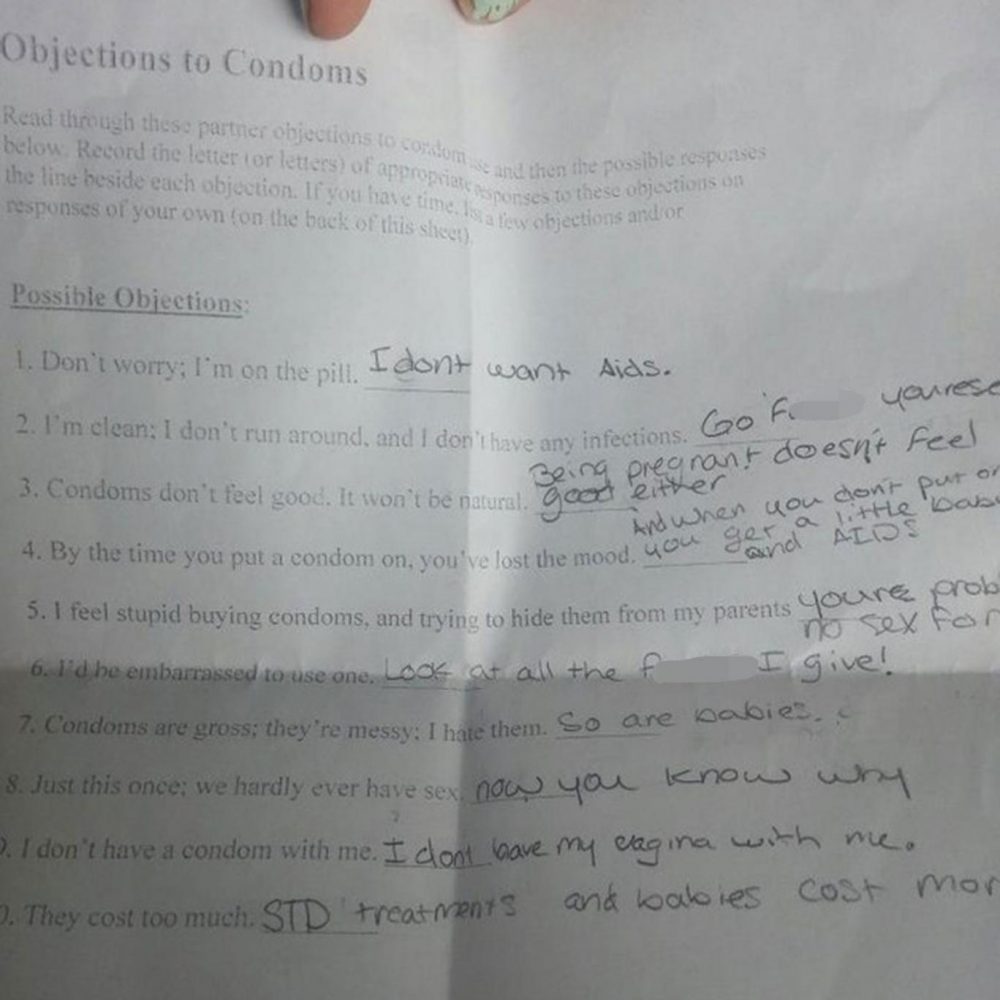 Yep, you can’t really argue with any of those answers can you? Unfortunately for Maraih, her ‘colourful’ language led to her getting suspended from school, with a representative saying the following:

I respect the kind of answers she gave, but the language is a good reason for action. Perhaps not suspension though.

Yeah, I can kind of see that, but I suppose her choice of words only made her answers even more powerful and served to illustrate just how ridiculous the exercise was in the first place. I guess girls do need to know about these things though, as they are going to encounter them throughout their lifetimes unfortunately. I doubt it would have gone viral too once her brother posted it on the internet if it hadn’t included such statements.