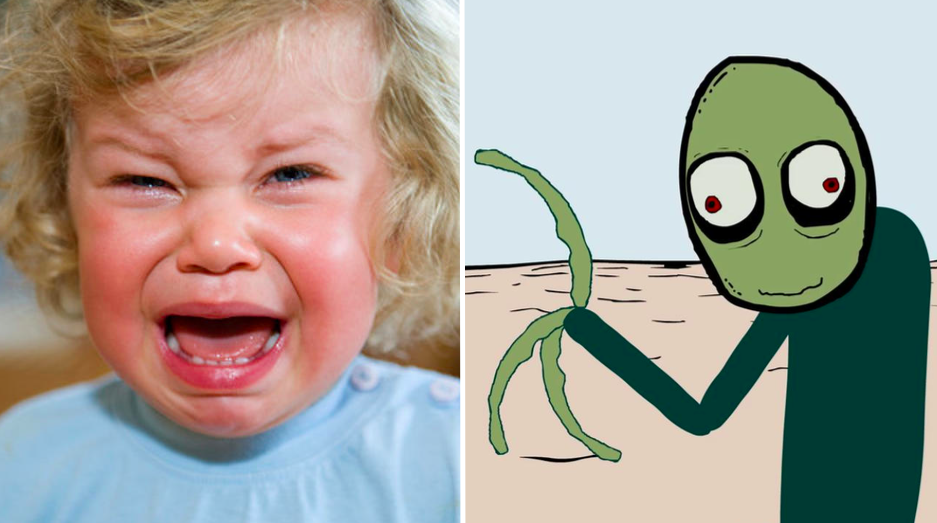 They should’ve given him a promotion.

Anyone from the UK who spent time on the internet in the 00s will know what Salad Fingers is. The creepy-ass individual who makes friends with his own delusions and rubs nettles on his nipples became a pop culture phenomena after creator David Firth first posted his twisted visions online.

While it might seem like yesterday we were all nicknaming our pals Hubert Cumberdale, it was actually a long fucking time ago when the animation series dropped. So much time has passed, in fact, that teachers are now showing it to their kids in school… well, one teacher anyway.

Yes, a Canadian educator named James Thwaites decided to delight/horrify his students at a British Columbia school by playing several clips to his class, including Salad Fingers, Don’t Hug Me I’m Scared and ASDF Movie.

Now you might be thinking, “What a rad teacher, I wish there was someone who had shown me this stuff while I was at school.” But alas, the rest of the facility didn’t agree, so much so that poor old Thwaites was suspended for his actions.

To be fair, the kids were in year 7 and 8, so they were pretty young. But hey, they’re growing up in 2019 – a time when Kim Kardashian is a lawyer and Boris Johnson and Donald Trump are in charge of two of the world’s most powerful countries. If anything, they need a solid sense of humour and Firth is the one to deliver it.

One called Salad Fingers featured an animated character who says, ‘The feeling of rust against my salad fingers is almost orgasmic’ followed by, ‘I must caress your rusty kettle’. (LOL)

The second film was called Don’t Hug Me I’m Scared which shows puppets drawing skulls, then trying to glue glitter on an anatomical heart, cutting a pie made of bloody meat and writing out the word ‘death’.

The third video was called the ASDF Movie which depicts stick characters including one female stabbing another in a fit of jealousy, and then a number of dead stick children.

Yeah, they are – that’s what makes them so great. Anyway, this all went down in January, and Thwaites has since served a two month suspension and is now teaching at a different school in a remote area of Canada. Those lucky, lucky students.