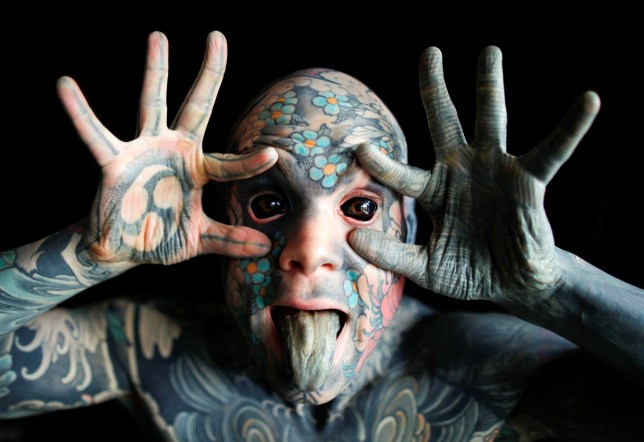 Can you believe it?

A schoolteacher whose body, face and tongue are covered in tattoos and who has had the whites of his eyes surgically turned black says he was prevented from teaching at a French kindergarten after a parent complained he scared their 3-year-old child.

Sylvain Helaine, 35, was teaching at the Docteur Morere Elementary School in Palaiseau, a Paris suburb, when the parent said their son, who was not even taught by Helaine, was scared after seeing him. 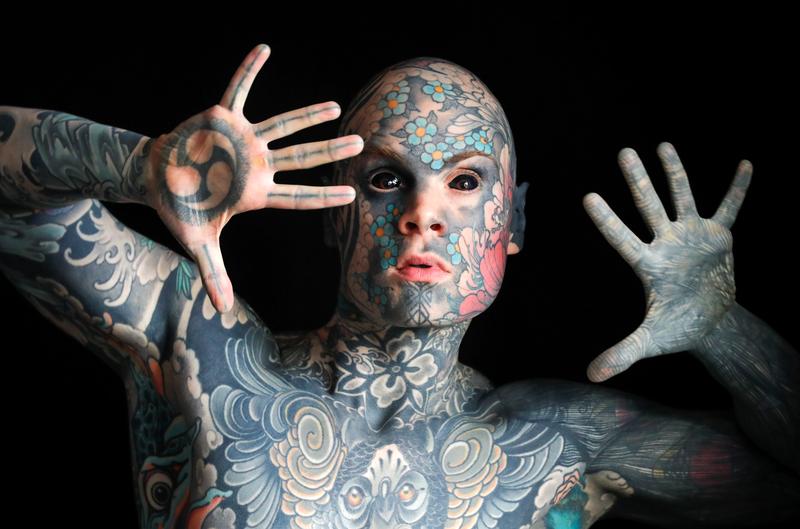 Soon after, the school informed Sylvain that he would no longer teach kindergarten children because younger pupils ‘could be frightened by his appearance’. To which Sylvain responded (via Metro):

I think the decision they took is quite sad.

Sylvain still teaches children from the age of six up and says that after an initial shock when they see him for the first time, his pupils don’t mind his appearance:

All of my students and their parents were always cool with me because basically, they knew me.

It’s only when people see me from far away that they can assume the worst.

He also thinks the head-to-toe tattoo look could help pupils be more open-minded in general:

Maybe when they are adults they will be less racist and less homophobic and more open-minded. 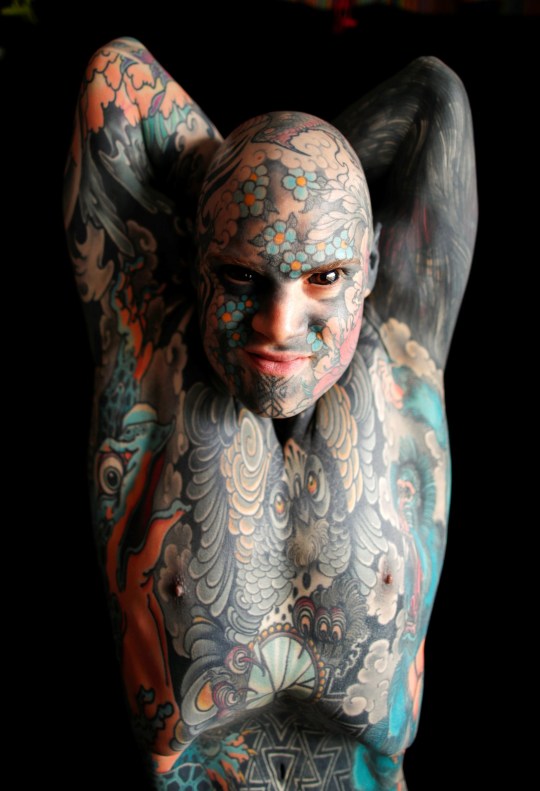 Can’t help but think that if this happened in America or even in the UK, Sylvain would be able to sue the school for discrimination and walk away with some serious $$$/£££. I mean he’s already likening his situation to racism and homophobia, so that’s gotta be making some people at the school nervous.

But alas, if you want to work with children 6 and under at a school in France, it probably helps to not look like a monster from kids’ nightmares. Unless you want to apply for the position of headmaster? In which case looking as terrifying as possible is probably a good thing if they know misbehaving will land them in this freak show’s office. 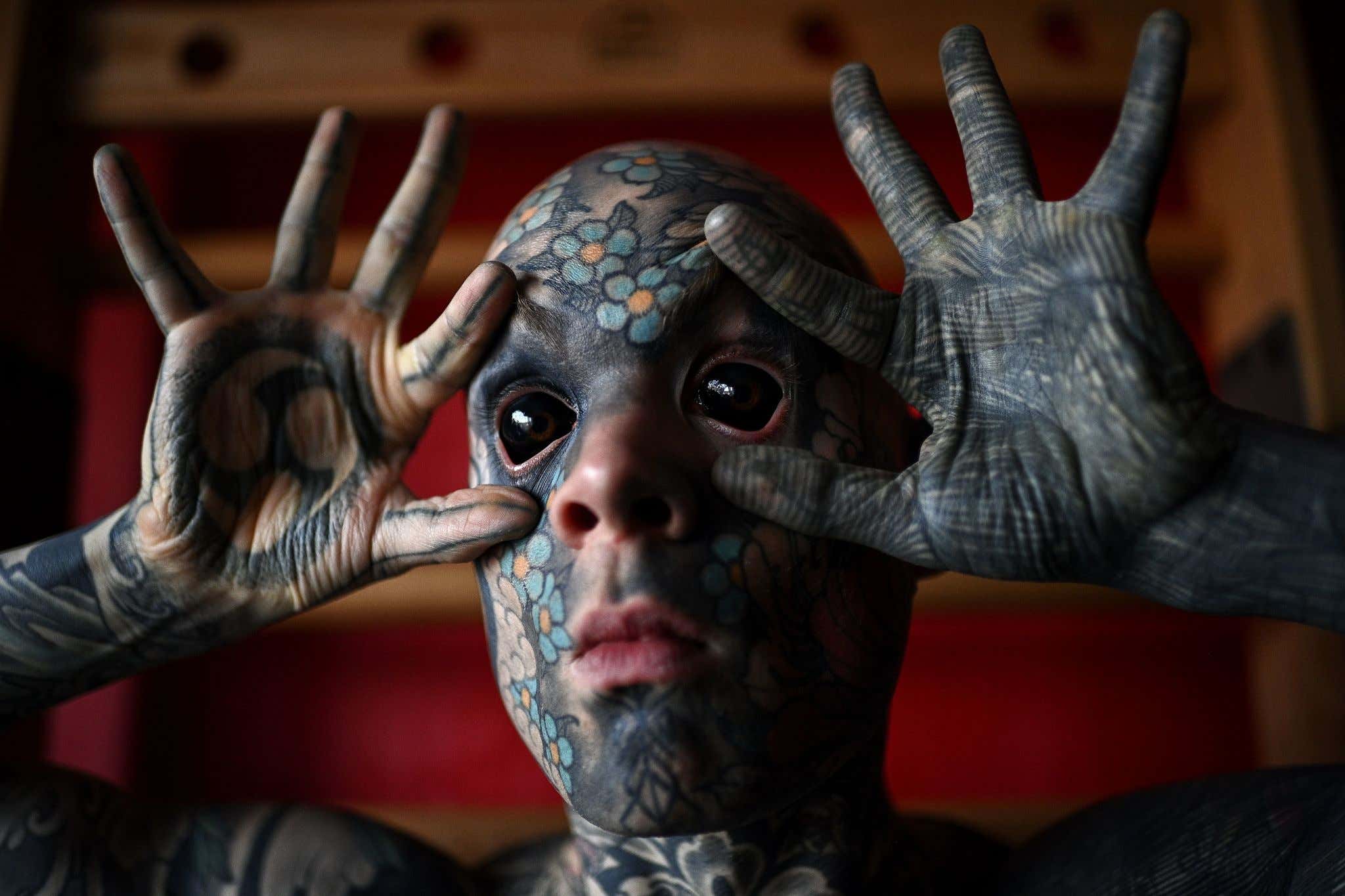 OK mate we get it – you loved Pan’s Labyrinth.

The funny thing is he probably would have been fine if he just stuck to the fully body and face tattoos, which are among the least threatening face tattoos I’ve ever seen, rather than go all-in and get his eyeballs tattooed black as well. I mean that’s unsettling for even an adult to look at, never mind a 3-year-old nursery kid. Fair play getting all that done on a kindergarten teacher’s salary anyway.

For the model who was left crying purple tears after her eyeball tattoo went horribly wrong, click HERE.