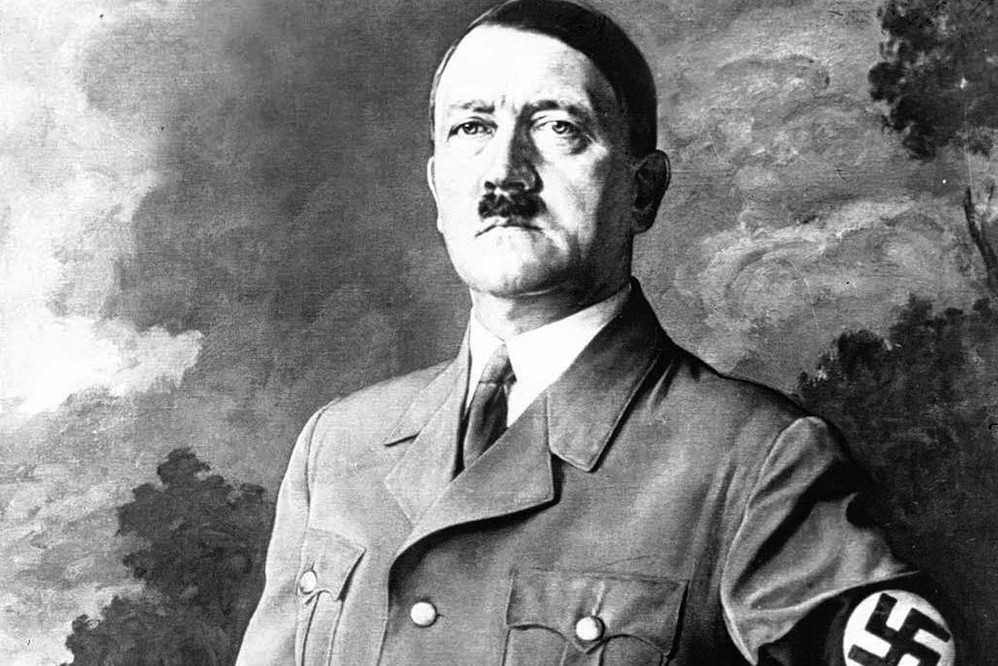 A 35 year old father of two named Mahmadul Choudhury has been fined £465 and faces losing his job as a teacher after he posted an image of Hitler on his Facebook account alongside the words ‘You were right’. He also added the caption ‘yes now we can see why’ and the hashtag #ProtectiveEdge, which doesn’t really make any sense but is obviously really weird and racist.

Choudhury was reported to the police by a Jewish student who he had previously befriended on Facebook, which is weird in itself because why the hell is he friending his students on Facebook? Not cool. He pleaded guilty to the racially aggravated offence but admitted that it was a mistake that shouldn’t have happened. I don’t really know how anyone can believe that though because it’s kind of hard to accidentally type out a Facebook status with a hashtag in it and post a picture, but I guess that’s his story and he’s sticking to it. Hopefully he’ll lose his job at Haberdashers’ Aske’s Hatcham College in New Cross though as this is under threat because of his actions. 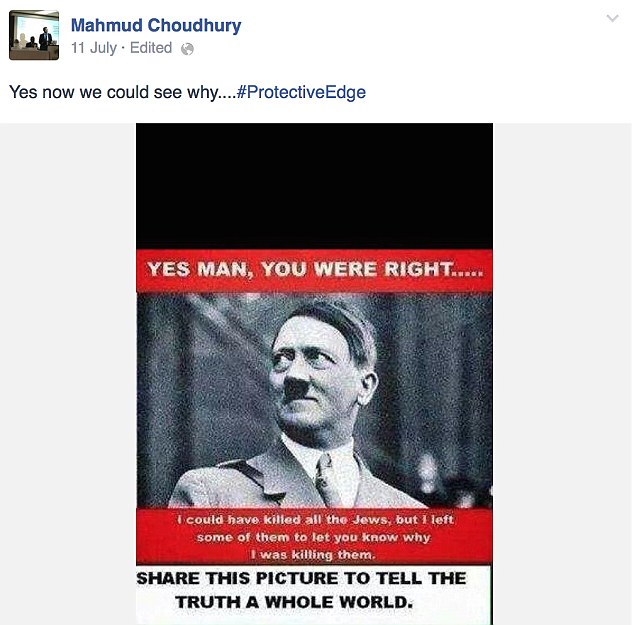 On July 11 of last year Mr Choudhury had posted an image on his Facebook account of Adolf Hitler.

This Facebook poster was seen at the school where Mr Choudhury worked, this pupil is Jewish and it caused him distress so alerted the police.

This led to Mr Choudhury being arrested and taken to the police station where he was interviewed.

In this interviewed he said he had been on Facebook for four years and he kept his Facebook account up to date about what was going on in the world and sometimes posted things of freedom of speech and political stuff but never anything racist.

When asked about the caption above it he admitted writing it but stated that he posted the image by accident.

Later in his interview he said he could understand why people could find the image offensive but stated that he didn’t want to offend anybody and that is was an accident.

He was subsequently charged with the offence.

Choudhury’s lawyer  ‘countered’ with the following argument, which still doesn’t really explain why he shared the photograph at all:

This is a young man in his mid-30s, a family man of impeccable good character, never been spoken to by the police before who was absolutely adamant he holds no anti-Semitic or other extremist views.

Hmmm. Yeah, it definitely seems that way other than the fact he shared that picture on Facebook, which is probably going to be the only thing he’s ever known for in his life. There really isn’t any living this one down pal.