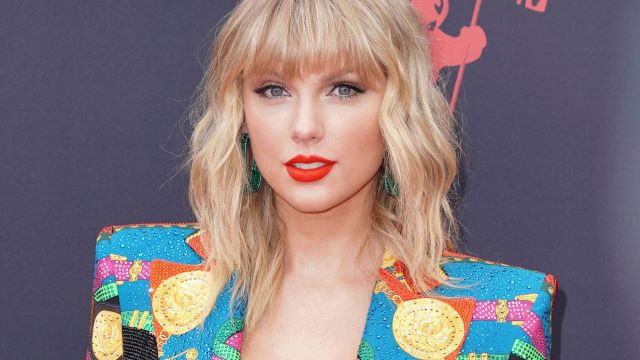 Should Netflix apologise for this joke?

I’m not familiar with ‘Ginny & Georgia’ on Netflix, but apparently the show used the line “you go through men faster than Taylor Swift’ as a joke during one episode and that has not gone down well at all with the lady herself.

Here’s what Taylor had to say about it on Twitter:

Hey Ginny & Georgia, 2010 called and it wants its lazy, deeply sexist joke back. How about we stop degrading hard working women by defining this horse shit as FuNnY. Also, @netflix after Miss Americana this outfit doesn’t look cute on you 💔 Happy Women’s History Month I guess pic.twitter.com/2X0jEOXIWp

Given what a huge corporation Netflix is and how it’s one of the only companies keeping the American economy afloat during these tough times, it’s pretty ballsy of Taylor Swift to pick a fight with them. In fact she’s probably one of the only celebrities out there who is powerful enough to pick a fight with a company like Netflix and… possibly win? Such is the influence of Taylor Swift and her army of Swifties (yes, that’s what they call themselves).

As for the joke itself, I don’t know if it’s “deeply sexist” or not, but I will agree with her on one thing – it’s lazy. “You go through more men than Taylor Swift” sounds like a joke from literally 10 years ago. I mean if you’re gonna crack Taylor Swift jokes you better make them funny, or risk the ire of the diehard types on Twitter:

the fact that taylor has been talking about this for YEARS makes it worse. it is literally 2021 and yet still the same “joke” is being made and not once has it ever been funny. pic.twitter.com/rGTz0tPh5c

this is funny this is misogynistic pic.twitter.com/kTqPYpVTMC

the fact that platforms like @netflix continue to use taylor swift as a punchline for misogynistic and sexist comments, which might I add, would never be made about a male, is the reason we continue to take 3 steps backward for every step forward in feminism
RESPECT TAYLOR SWIFT pic.twitter.com/9QSVH88WGd

Can’t even begin to fathom the avalanche of hate mail Netflix is receiving right now since Taylor Swift ordered her legions of fans to attack. Well, not literally ordered, but that’s what happens anytime she puts someone in her crosshairs on Twitter. The Swifties bombard you with pro-Swift propaganda until you realise she’s just not worth the effort of messing with.

My guess is Netflix will issue some kind of apology and beg Taylor Swift for peace so as to halt the onslaught from her adoring fans, for now. Although I’ll admit – Swift Vs Netflix would’ve been an interesting war to watch play out.