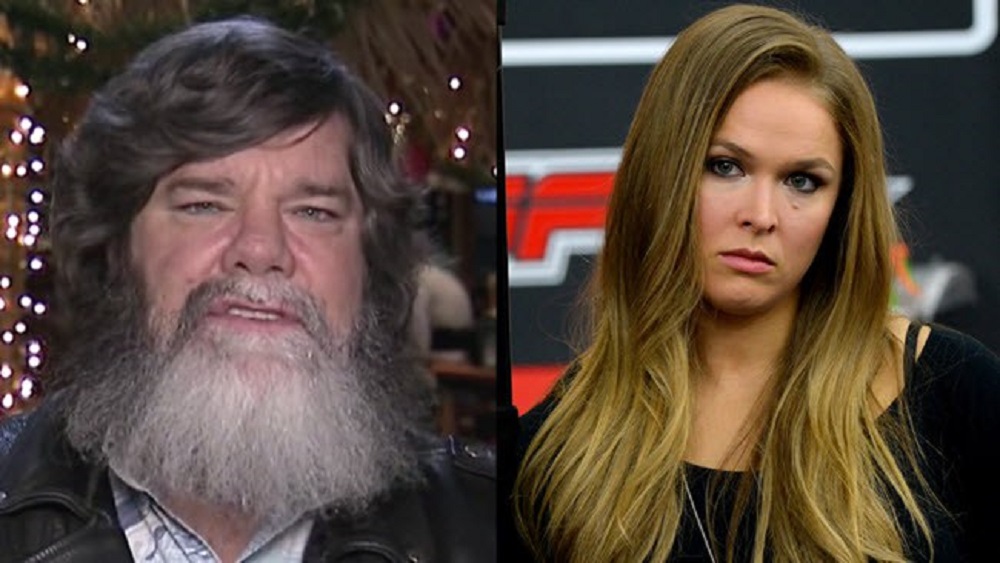 Wait until you get a load of what else he says too, because it only gets worse.

Tank Abbot is a former UFC champion from back before it was really famous like it is today. He has a record of 10-15 and then later went on to appear in WCW, where he was pretty rubbish really and got involved in an storyline where he was the biggest fan of a wrestling boyband named ‘Three Count’. Seriously.

In short, he’s kind of a loser but that doesn’t stop him from having his own podcast where he can share his caveman like views with the world. In this week’s installment, he decided to take shots at Ronda Rousey for no apparent reason, stating that he would definitely be able to beat her in a fight and that no woman in the world would be able to come close to beating him because he’s a man. Of course.

He also called out transgender people so don’t feel like he’s particularly bigoted against one minority here or anything:

I will fight any woman on this Earth for free. If I win, which is going to happen – and you’re going to get bashed up good – you have to make me a sandwich. If you win, I’ll give you $100,000. You can’t be a tranny … you gotta be a female. Born a female.

Well, yeah there you go, what’s there to say about that? He also said that Floyd Mayweather would definitely beat Ronda in a fight because she’s ‘got all this emotional stuff’. Yeah, OK mate, why don’t you head off to the geriatrics home and stop bothering everyone huh?

You can hear the stupid comments in the video below, courtesy of TMZ:

Tank really doesn’t know what he’s talking about anyway (although you probably didn’t need us to tell you that) – when we simulated Ronda V Floyd on Street Fighter, Ronda was the resounding victor.