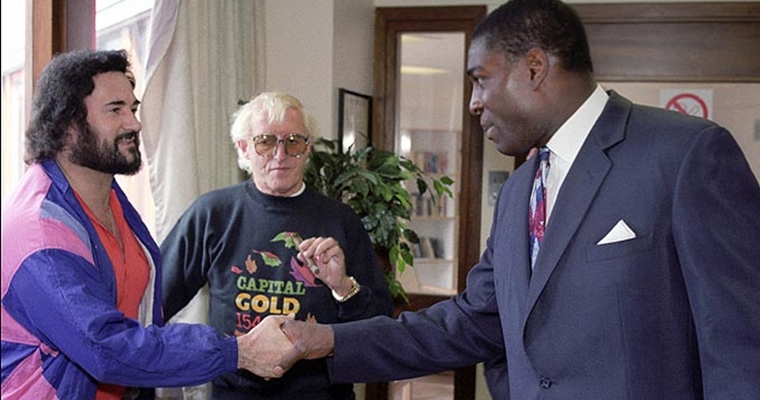 I know, I know, we’re all sick of the Savile story, but how about we introduce a boxer and a serial killer to spice it up a notch?

Wow right? Such a creepy picture? Savile (who I know we’ve heard more than enough about recently), Frank Bruno and Peter Sutcliffe. What a conversation they must have had. Sutcliffe looks like he’s a wax work model that Savile has dressed up in his cast offs, but he is real, this is all real. No Photoshop job. These characters really met in real life in March 2009.

Savile had befriended Sutcliffe while doing voluntary work at the top-security hospital – Broadmore (I guess they had a young offenders section that interested him). How do you befriend someone dubbed the ‘Yorkshire Ripper’? Where would you begin talking to someone who had killed at least 13 women in cold blood during a five year spree? However it occurred, he introduced him to Bruno on a tour of the mental facility which he had donated gym equipment to. Frank saw Peter after he’d finished talking to Ronnie Kray (mental!), walked over, shook his hand and chatted.

Now I’m not having a go at Frank, that’s one of those social interactions they don’t talk to you about at finishing school: “right girls, now imagine you are a guest at a prison and you’re forced in to proximity with a murderer, what do you do now? Curtsy? No girls, try again… Bow? No, no…. come on girls or it’s smacked bottoms and no coco.”

He’s got mad hair hasn’t he? 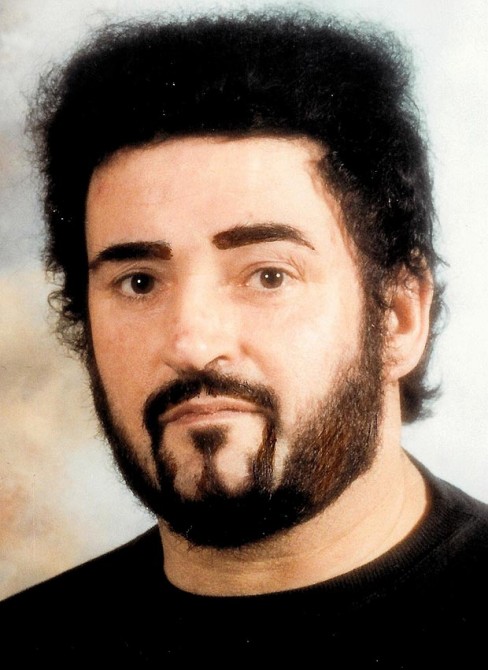 A source present at the time of this encounter said: “Looking at Peter in this picture, it shows exactly how he is. He is a nice guy with a good nature. He is easy to chat to and could be the bloke standing next to you in the pub”. There’s another shiver gone down my spine *gulp*. Apparently Sutcliffe was diagnosed schizophrenic whilst in prison but a few years back there were efforts to get him released as he is now apparently ‘rehabilitated’. Thankfully the judge at the appeal put everyone in Yorkshire, well the whole bloody country really, at ease and advised he will stay inside for the rest of his days. I’m fairly sure I wouldn’t leave him in a room with anyone I knew…. just in case. 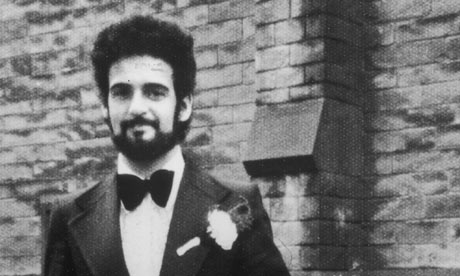 Anyhow, now with all this paedo stuff, they’re trying to link Savile and Sutcliffe… clutching at straws I suppose, but stranger things have happened at sea. This is a quote from an “expert” according to the Sun, those magical tellers of complete truths that they are: “Savile and Sutcliffe came from the same area and some of Sutcliffe’s crimes took place very close to where Savile lived.” Yeah, well, maybe Savile did like a bit of killing too, he’s been alleged to have been into a bit of necro with his paedo, so that’s the next step I suppose. There was also some waffle that linked Bruno, Mormons and the masons too but I have to draw the line somewhere.

Well, I feel horrible now after thinking about all of that, it feels like there’s a spider crawling inside my corduroy sack so I’m going to stop.