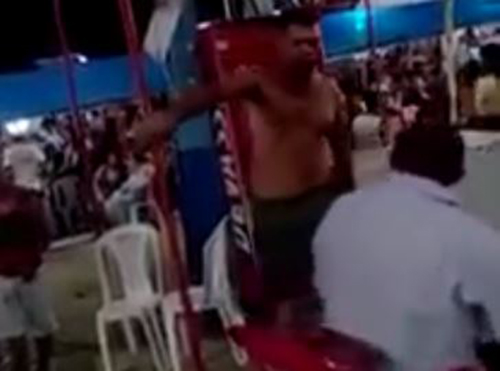 I’ve never seen anyone get fly kicked harder than this before.

Flying kicks are relatively rare when it comes to street fighting, and especially surprise flying kicks that you don’t even see coming. Probably because you need a decent run-up to nail one so really the only effective use for a flying kick is if it happens by surprise.

I think it’s fair to say that had the desired effect. Guy got completely taken out of the game. Might even be dead for all we know. I find it’s better to remain ignorant about these things if you’ve got to blog about them. Can’t let things like manslaughter get in the way of a good fly-kick video.

I’m sure there’s also an argument for surprise flying kicks being a coward’s tactic but at the same time you can’t deny that looked pretty awesome.