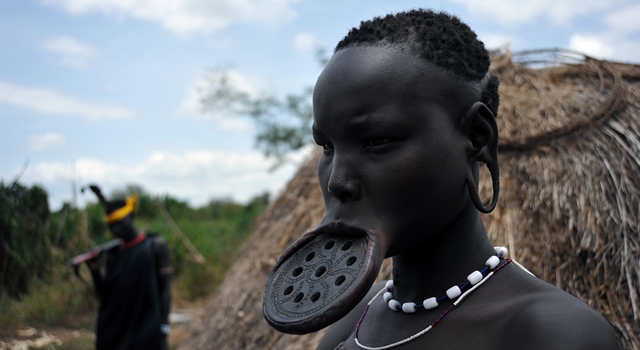 Another story about another amazing tribe in a strife stricken part of the world. The Surma: huge courage, huge beefs, huge bottom lips.

The Surma People dwell in the remote and desolate mountains of South Sudan and southwestern Ethiopia. Surma is a collective term for the Suri, Mursi and Me’en tribes. As with many of the tribes we’ve talked about in this series, their past was tough, their future is uncertain and their present is bloody.

There are estimated to be around 187,000 Surma in total living in villages scattered throughout the territory. They are communal and share all produce together. The Surma have strong rivalries with neighbouring tribes including the Nyangatom and Toposa, between whom there is no love lost at all. Fights have always been present but now, thanks to the Sudanese Civil War, the rival factions have Kalashnikovs to play around with. 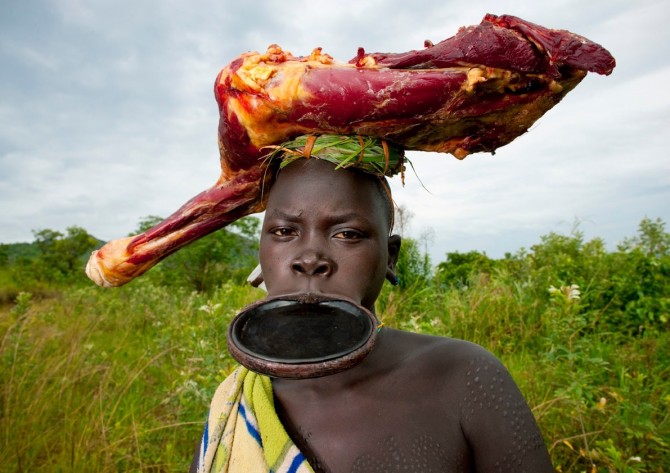 These rival tribal beefs often centre around cattle raids. Cows are the most prized possessions of the Suri and are an important status symbol, so attempted theft is common. In fact, you’re not allowed to marry until you have 60 cows, so the incentive for a young tribesman to steal some is big.

The Suri often sing to their cattle, either in praise to the beasts or in times of mourning. It might seem a little odd to be so bang into your cows, but without them the tribe simply could not survive in their dry and inhospitable homelands.